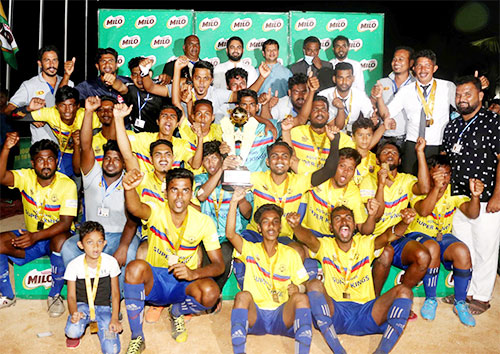 Sri Lanka’s popular nutritional drink, ‘Milo’ energized the tournament which was worked off from March 11-14.

The two most deserving teams in Super Kings and Racing Star locked horns in the final, before the former went on to clinch the title 1-0 after a closely fought contest.

T.M. Roshan who also scored in Super Kings’ semi-final win over Jupiters, was the man to strike the all important goal in the final for the champions.