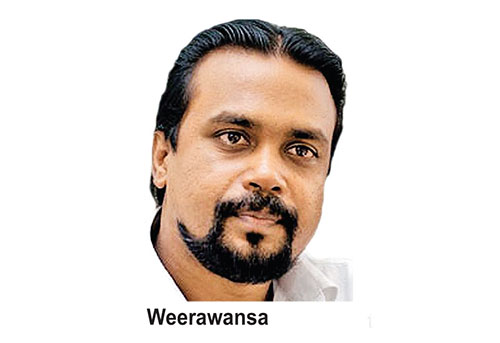 A businessman had imported a large consignment of floor tiles in violation of the import ban in effect, Industries Minister Wimal Weerawansa said yesterday (16)

Minister Weerawansa has directed the Customs to take the consignment into custody.

The Minister said that the tiles had been imported on the pretext of bringing in raw material.

However, initial inquiries revealed that Industries Ministry officials had facilitated the operation, contrary to specific instructions in place as regards imports. Minister Weerawansa has directed the Ministry Secretary to initiate action against those responsible. The Minister assured an independent inquiry