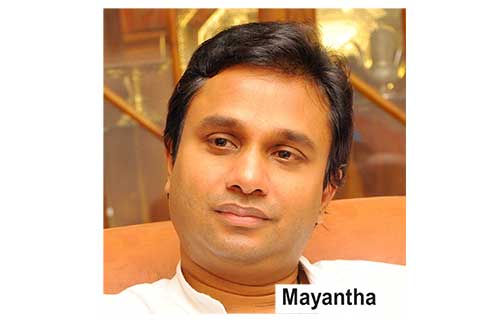 The Samagi Jana Balawegaya (SJB) youth movement yesterday (1) lodged a complaint with the Commission to Investigate Bribery or Corruption (CIABOC), calling for an investigation into the alleged sugar fraud, which it says caused a loss of Rs. 11 billion to the state coffers.

Filing the complaint, Samagi Tharuna Balawegaya Chairman MP Mayantha Dissanayake said that in addition to the bribery investigation, a Presidential Commission of Inquiry should also be appointed to probe every aspect of the alleged fraud and the persons involved in it.

“Approximately, a consignment of 75,000 MT of sugar was imported by a powerful businessman after the import duty on sugar was reduced to 25 cents per kilo. Several other consignments of sugar are still arriving. Despite the drastic reduction in duty, there was no significance decrease in the sugar prices in the market. The state-owned Sathosa purchased sugar at higher prices and sold it at Rs. 85 per kilogram. We suspect that some racketeers with links to the government made huge profits.

“The impact of the alleged sugar fraud was two-fold. On the one hand, it deprived the government of a staggering amount of tax revenue. According to our calculations, this amounts to Rs. 11 billion. On the other hand, the benefit of the duty reduction was not passed on to consumers.

“We urged the Bribery Commission to probe the alleged involvement of former Sathosa Chairman Nushad Perera’s in this and his connection with Sajad Mowzoon, the owner of the company which imported sugar. When we raised the matter in Parliament, no member of the ruling party came out with a proper answer.”

The MP said the alleged sugar fraud was similar to the Treasury Bonds scams which took place under the yahapalanaya government. “At least President Sirisena appointed a Presidential Commission to investigate the scam and the legal proceedings were initiated based on the report. We hope President Gotabhaya Rajapaksa will have the courage to investigate the corruption allegation faced by his own officials and supporters.”

Dissanayake said the SJB, as the main opposition, would continue to monitor the progress of the bribery investigation. “Our struggle will not stop here. We will continue to raise this issue in Parliament and demand answers. This staggering deal should not be swept under the carpet. Everyone involved in this deal, irrespective of their positions or allegiance, should be brought to justice.”