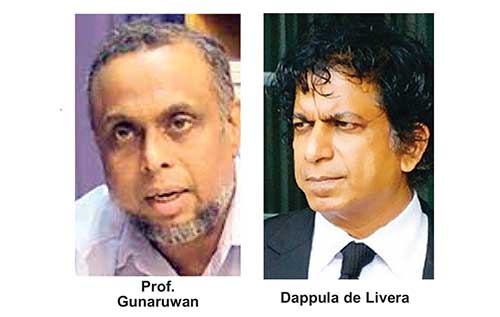 The AG has said so in a 20-page report sent to Dr. P.B. Jayasundera, Secretary to the President.

The President’s Office on Sept. 3, 2020, sought the AG’s opinion on the MCC Compact and related matters in the wake of the Cabinet-appointed Prof. Gunaruwan Committee strongly advising against going ahead with the US initiative. The US sought Sri Lanka’s consent for the Acquisition and Cross Servicing Agreement (ACSA), Status of Forces Agreement (SOFA) and MCC. The previous government finalised ACSA in early August 2017.

Dr. Jayasundera made available the Gunaruwan report to the AG.

The outgoing US administration in Dec 2020 announced Sri Lanka had been left out of the MCC project.

AG’s Coordinating Officer State Counsel Nishara Jayaratne confirmed the MCC et al were inconsistent with the Constitution and other laws.

however, learns that the AG’s Department on two previous occasions, in letters dated Oct 10, 2018 and June 10, 2019, addressed to Jonathan G. Nash, Chief Operating Officer, MCC, and Director General, External Resources Department, respectively, asserted that the Compact and the Programme Implementation Agreement (PIA) were in line with the Sri Lankan law.

The first letter was sent during Jayantha Jayasuriya’s tenure as the AG and the second under incumbent AG without his approval, sources said. Dappula de Livera succeeded Jayasuriya in April 2019 about a week after the April 21 Easter Sunday carnage. Jayasuriya is the incumbent Chief Justice.

Prof. Gunaruwan’s Committee soon after the last presidential election in Nov 2019 failed to obtain the AG’s Department opinion in spite of making representations through the Prime Minister’s Office.

In the run-up to 2019 parliamentary election, then Finance Minister Mangala Samaraweera said the Attorney General had approved the US project though the Sri Lanka Podujana Peramuna (SLPP) called it a sell-out.

“I refer to your communication dated 27th September, 2018 in respect of the above captioned matter. In this regard, I am made to understand that the delegation from the Government of Sri Lanka was able to have fruitful discussion with the Millennium Challenge Corporation Team in resolving some of the outstanding issues.

“Having gleaned through the proposed Millennium Challenge Compact, the draft Program Implementation Agreement (PIA) as well as the Points of Discussion (without prejudice) between the negotiating parties which has been made available to me, I wish to at the very outset opine that no existing laws of Sri Lanka inhibit the Compact and the PIA being implemented in Sri Lanka. If I may elucidate further, the covenants of the Compact and the PIA do not infringe any existing domestic law or any previous undertakings given by the Government of Sri Lanka. It is acknowledged that the Compact imposes legal obligations on both parties to the Agreement

“Further, consequent to the negotiations and discussions had between parties, it is proposed that the Government of Sri Lanka would seek the passage of a law in Parliament to establish the MCA- Sri Lanka as a non-profit Company limited by guarantee under the Companies Act No.07 of 2007 to implement the provisions of the Compact. It is envisaged that the proposed enactment would encompass the Compact and the PIA as Annexures, which would form an integral part of this enactment.

“Thus, I am of the view that the passage of the said enactment by Parliament would result in the Compact and the PIA, having the parity of status of a domestic law in Sri Lanka.

“In the Context of the above, it is requisite that Section 7.1 of Article 7 of the Compact referring to the provisions on Entry Into Force, would be revised with the deletion of the sentence pertaining to the Compact prevailing over the domestic laws of Sri Lanka.

“However, in order to assuage any concerns with regard to the implementation of the Compact, by an unlikely event of a legislation in the future which may impinge or infringe the said compact, upon notification by the Ministry of Finance and Mass Media (the relevant Ministry) of this fact, a legal opinion would be tendered that the proposed legislation if proceeded with would violate the covenants of the Compact. This would enable the relevant Ministry to forward its observations to the Cabinet of Ministers and Parliament, that the Attorney-General has opined that the proposed Bill if enacted would violate the Compact.

“In the circumstances, I believe that the aforementioned matters would confirm the legal status of the Compact and its entry into force.”