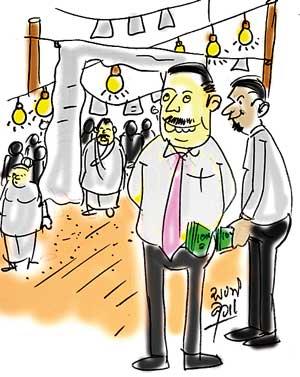 A funeral affair that could have been carried out at the cost of Rs. 1.6 million had cost the public exchequer Rs.3.2 million when a crony of a high political authority had intervened and taken over the responsibility for handling the entire affair, they say.

The crony of the high political authority had volunteered to handle the affair when a funeral undertaker had already agreed to carry it out for a payment of Rs. 1.6 million.;

A leading funeral wreath supplier businessman is said to have been involved in the deal with the crony of the political authority who made a fortune out of the funeral affair.