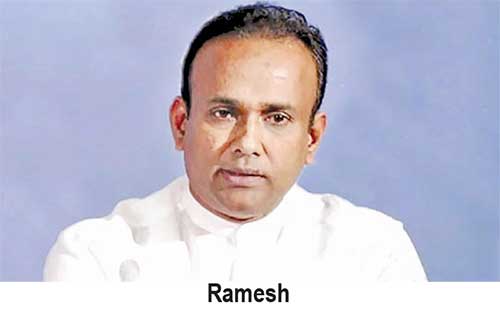 The Pharmacology Section of the Ayurvedic Department had approved the untested, homemade herbal brew widely called ‘Dhammika peniya’ though it was yet to receive clearance from ‘Ethical Committee’ of the Ayrvedic Department without being subjected to a proper scientific study, co-cabinet spokesperson Dr. Ramesh Pathirana said yesterday (22)

Dr. Pathirana emphasised that ‘Dhammika Peniya’ could be subjected to what he called placebo control randomized double-blind clinical trial once the ‘Ethical Committee’ cleared it.

The Minister said so when a journalist raised the issue at yesterday’s post-cabinet media briefing via zoom. The journalist asked whether the government, Kali Amma or Dhammika would be responsible in case those who take the syrup developed complications.

Responding to another query, Dr. Pathirana said that the doctors wouldn’t accept the decoction until it passed placebo control randomized double-blind clinical trial.

Asked whether the government sponsored the controversial ayurvedic practitioner, the minister denied government backing while defending the public right to take such medicine if they so desired.