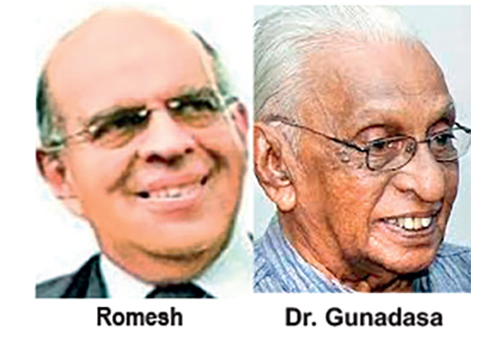 FNO urges govt. to keep its promise or face the consequences

The nine-member Expert Committee tasked with preparing a preliminary draft for a new Constitution is concerned about the continuing push for Provincial Council polls before a consensus could be reached on constitutional proposals and electoral reforms, authoritative sources said.

Authoritative sources told The Island that the Expert Committee had done a considerable amount of work and was confident of finalizing the report before the Sinhala and Tamil New Year.

Ministerial sources asserted that the PC polls could be held in April 2021 if agreement could be reached on a political agenda.

Except the National Freedom Front (NFF), a constituent of the ruling Sri Lanka Podujana Peramuna (SLPP), no other political party represented in parliament so far submitted their proposals to Romesh de Silva’s committee, sources said. Proposals can be submitted till next Thursday, Dec 31, 2020.

Sources said that the expert committee was apprehensive about the possibility of having PC polls ahead of the report. Such a development would be a setback to the process undertaken and automatically result in questions as regards the government’s sincerity, sources said.

In spite of serious problems that had been caused by continuing corona epidemic, Romesh de Silva’s committee was on track to finalize the report as originally planned.  The committee is of the view that the PC polls should be delayed pending the finalization of the report.

The Island sought an explanation from Minister Sabry spearheading the effort on behalf of the government whether the SLPP would go ahead with PC polls before consensus could be reached on a new Constitution. Minister Sabry said that the cabinet of ministers would have to take a decision on it. “They haven’t made a decision yet. Some decision may come soon,” the justice minister said.

The Federation of National Organizations (FNO) that campaigned for the SLPP at both 2019 presidential and 2020 parliamentary polls, in a letter addressed to President Gotabaya Rajapaksa strongly advised against conducting PC polls before agreement could be reached on a new Constitution. FNO convenor Dr. Gunadasa Amarasekera told The Island that at the time the government secured two/thirds for the 20th Amendment an assurance was given to introduce a new Constitution. The government shouldn’t deviate from the original plan by conducting PC polls ahead of a new Constitution, Dr. Amarasekera said.

Conducting PC polls at the present juncture would cause irreparable damage to the ruling coalition, Dr. Amarasekera warned, while drawing the SLPP’s attention to the need to do away with the system that encouraged separatist agenda.

The FNO emphasized that the SLPP shouldn’t risk public ire by giving into those who still believed in devolution of power as the panacea for the North-East problem. Responding to another query, Dr. Amarasekera said that PC polls couldn’t be acceptable under any circumstances ahead of a new Constitution.

The civil society activist suggested that the government should consult its own expert committee tasked with formulating a preliminary draft for a new Constitution as regards the move to conduct PC polls.

Chairman of Elections Commission attorney-at-law Nimal Punchihewa recently told The Island that if the government desired a minor amendment could be moved in parliament to pave the way for PC polls under the previous system as the relevant Act had been amended.

Dr. Amaradasa urged the government not to bend backwards to appease those promoting separatist as well as religious extremism or face far reaching consequences.

Asked whether the FNO opposed devolution of power, Dr. Amarasekera said that there was absolutely no issue in decentralizing power on the basis of provinces or districts but with sufficient safeguards to prevent extremist elements exploiting the set up. Those tasked with formulating a new Constitution should propose proper framework that could address devolution issues without jeopardizing national interests. Therefore, re-establishing PCs under the existing system wasn’t acceptable to the vast majority of people, Dr. Amarasekera said. The renowned writer said that the government could either follow a sensible path by introducing a new Constitution or cause its own downfall by seeking to restore PC system.

EC Chairman Punchihewa told The Island that the PC system was intact though the elections hadn’t been held as scheduled during the previous administration. The functioning of the Office of the Governor in nine the provinces proved that the operation of the system, Punchihewa said, adding that the EC remained ready to move once the government took a decision.