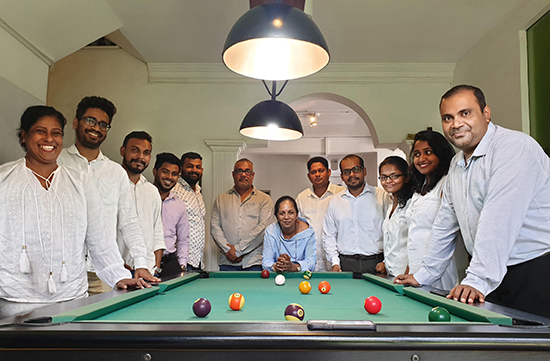 ThirdShift, the Independent Media Agency of SHIFT, has done it once again, by winning the Silver award for Media Agency of the Year for the ‘Rest of South Asia’ category, at the recently concluded CAMPAIGN – AGENCY OF THE YEAR AWARDS for the second consecutive year. It is important to note that this win is undoubtedly a remarkable feat for the ThirdShift team who worked tirelessly towards navigating through an extremely unpredictable year.

Bearing in mind that this Media Agency ventured into the competitive media landscape in Sri Lanka only a mere three years ago, being the recipient of such a distinguished title within a short span of time is truly a tremendous achievement, and one that warrants due recognition and high praise. While acknowledging this award, the CEO of ThirdShift, Mr. Prasanga Jayatunga delved into the success story of his agency and the reasons for its steady upward trajectory.

He said, “We stepped into the media business landscape back in 2017. By that time, I had done my stint in the international media agency business and had been Leader , Mindshare & CEO of Media Factory. I was enriched by those experiences, and the idea of venturing out on my own had crossed my mind, specifically because I believed that I could tailor-make solutions and work with clients on Hand-Crafted Media Solutions. At the time this was just an idea. But, before long the opportunity came my way and I stepped out with the belief that the market needed an agency that would look beyond mere scheduling and planning.