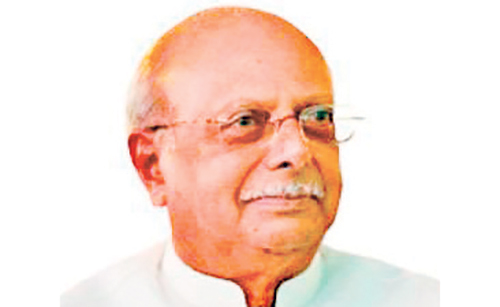 A probe by the Committee on Public Accounts (COPA) has revealed that the Excise Department failed to collect Rs. 2.37 billion as tax revenue last year.

The probe conducted by the COPA under the chairmanship of Prof Tissa Vitarana, on Monday, found the total amount of tax arrears due to the Excise Department for more than five years was Rs. 479.9 million as at December 31, 2019 and its delay charge alone amounted to Rs. 1.89 billion making the total outstanding amount Rs. 2.3762 billion .

The Commissioner General of Excise and other officials informed the Committee that legal action had been taken to recover the arrears.

COPA Chairman Prof. Vitarana highlighted the fact that disciplinary inquiries against 48 Excise officers, suspended for various reasons as at Dec 31, 2019 had not been completed. He pointed that one to three years had elapsed since the suspension of those officers. It was revealed that some of the officers had been suspended for not attending the District Coordinating Committee meetings.

Prof. Vitarana instructed to complete legal proceedings expeditiously. The Chairman emphasised that immediate steps should be taken to fill the vacancies of senior and middle management posts, following proper procedure.

The Committee also noted that the security sticker management process with a procurement cost of Rs. 1,597,559 by November 2020 was limited to imported foreign liquor, which accounted for only 0.28% of the total revenue of the Excise Department. The Committee stressed that it was an essential programme to standardise the local produced liquor as well.

The probe was conducted by COPA chaired by Prof. Vitarana and State Ministers Dayasiri Jayasekara, Lasantha Alagiyawanna, Shehan Semasinghe, and Members Tissa Attanayake, Dr. Upul Galappaththi, Prof. Ranjith Bandara and Secretary to the Treasury and Ministry of Finance S.R. Attygalle. Commissioner General of Excise A. Bodaragama and other senior officials of the Excise Department were also present.