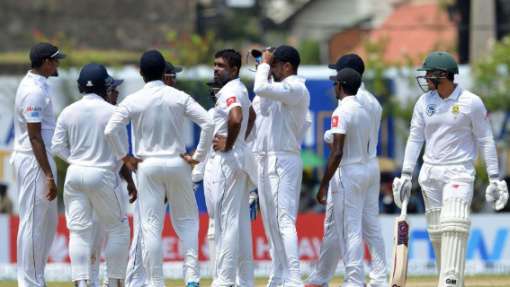 Sri Lanka’s Health Ministry is not comfortable with the proposed tour of South Africa, according to the highly placed sources.

Sri Lanka Cricket (SLC) officials had an important meeting with a key member of the health ministry and the mindset was conveyed to SLC.

However, the final decision has been left with SLC.

In the meeting, it was also discussed that if the tour goes ahead, the players on return will need to have at least a ten-day quarantine period.

The first home Test against England is scheduled to begin on January 14 and the Sri Lankan team is scheduled to return from South Africa only on January 7 or 8 and therefore not be able to play the first Test, if they were to undergo ten days quarantine.

After England’s postponement of their tour of South Africa, the health ministry now insists on stricter guidelines.

If the tour is called off, Sri Lanka will have to cancel all flight tickets.

The players and support staff are booked in business class on a commercial Qatar Airways flight to Johannesburg (via Doha) on December 18. The team is scheduled to return on a chartered flight.