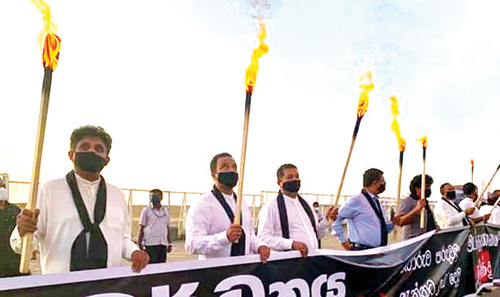 The Special Commission appointed to probe the recent Mahara Prison riot has handed its interim report to Minister of Justice, Mohamad Ali Sabry.

The prison riot left 11 inmates killed and 71 injured. Government has said none of the inmates who died during the riot bore gunshot wounds.

SJB Parliamentary Group and their supporters yesterday held a vigil near the Presidential Secretariat demanding justice for victims of prison violence. They said they were not happy with the manner in which how riots is investigated. They demand a truly independent investigation.