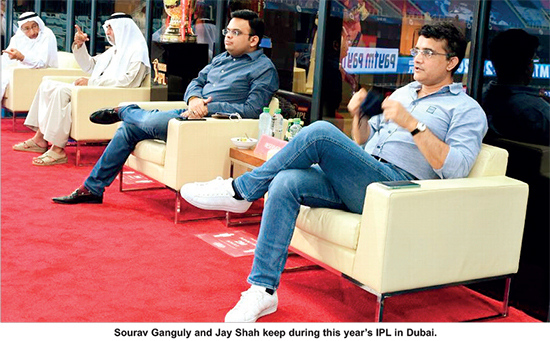 The BCCI has signalled the likely addition of two new teams to the IPL for the 2021 edition. That, along with the “discussion” on including cricket in the 2028 Los Angeles Olympics, are two key items the BCCI has listed on the agenda for its forthcoming annual general meeting, scheduled in Bombay on December 24.

Ever since the conclusion of the 2020 IPL, which was held in the UAE due to the Covid-19 pandemic, there have been constant murmurs about the BCCI considering adding at least one, if not two, IPL teams to the lucrative T20 tournament, which was originally started as an eight-team event in 2008.

It is understood that the top brass of the board comprising BCCI president Sourav Ganguly and secretary Jay Shah had informal discussions on addition of new teams with board members during the IPL final. A formal proposal was meant to be discussed at the IPL Governing Council meeting, which has not yet taken place.

In the AGM agenda sent to the state associations on Thursday, the BCCI noted: “Approval on inclusion of 2 (two) new teams to the Indian Premier League.”

If the BCCI members (state associations) approve the addition of two new teams, it will not be the first time the IPL has had 10 franchises in a season. That happened for the first time in 2011, when Pune Warriors and Kochi Tuskers were added to the original roster of eight franchises. The home-and-away format, which would have meant a total of 94 matches, was shelved due to fear of burnout.

Consequently, the IPL split the 10 teams into two loose groups with a total of 70 league matches and four playoff games. Teams, though, were ranked together in one composite league table.

During the league phase, every team played the same number of league matches, which was 14. Each team played the other four in their group both home and away (eight matches), four of the teams in the other group once (four matches, either home or away), and the remaining team in the other group twice, both home and away. A random draw decided the composition of the groups as well as who played whom across the groups once and twice.

The last time more than eight teams played in the IPL was in 2013, when nine teams took part with a total of 76 matches conducted.

The ICC has become more optimistic in the last 18 months about cricket featuring in the 2028 summer Olympics, which are scheduled to be held in Los Angeles. Although the ICC has been pushing for a long time to get cricket at the Olympics, which are usually held in the July-August period every four years, teams like India, England and Australia have been sceptic about participation hurting their bilateral calendar.

However, recent events – including the BCCI agreeing last year to come under the ambit of the National Anti-Doping Agency (NADA) – have boosted the ICC’s push. The BCCI had resisted the move for several years, mainly concerned by the whereabouts clause listed in the World Anti-Doping Agency (WADA) rules, which NADA subscribes to.

Recently, the ICC sent a questionnaire to all member countries asking them to quantify the “potential financial benefits” they could accrue from their respective governments if cricket is included in the Olympics.

The BCCI now wants to seek the state associations’ viewpoints and said it wanted to have a “discussion” during the AGM on the board’s “stand on the inclusion” of cricket at Los Angeles Olympics.