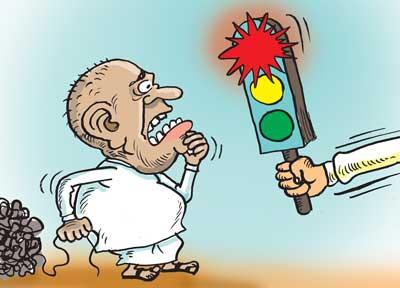 The annual budget of a local body in Uwa had recently been defeated despite the ruling government party commanding a comfortable majority.

The defeat of the budget under mysterious circumstances had set a poser to the top government authorities as well. In fact, the Big Boss himself who had recently visited the area had taken the initiative to carry out much development in a long-neglected village there. So, the authorities who made discreet inquiries had discovered that a certain Diyawanna member representing the district had been behind the move to defeat the budget.

This member had planned to defeat the budget to settle a score with another Diyawanna member from the same district with whom he had fallen out over the preference vote issue.

The government authorities have now planned to get the budget passed after giving a ‘red light’ warning to the Diyawanna member carrying a chip on his shoulder, knowledgeable sources say.