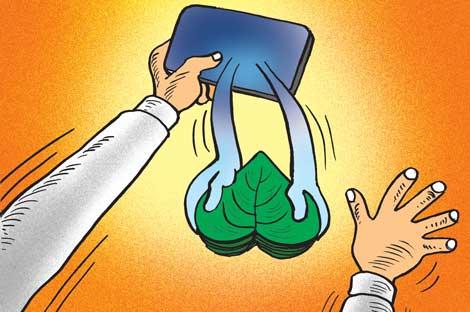 A political bigwig had the other day received an SMS message from a very high place, they say.

The message reportedly carried an invitation to accept some high office. The message is said to have followed several verbal requests to the bigwig.

However, the bigwig is still mulling over the offer of high office, due to a number of reasons, those close to him say.

Meanwhile, some sources wonder whether the invitation made through the SMS message is connected with the revolutionary change widely believed to come about come next January.