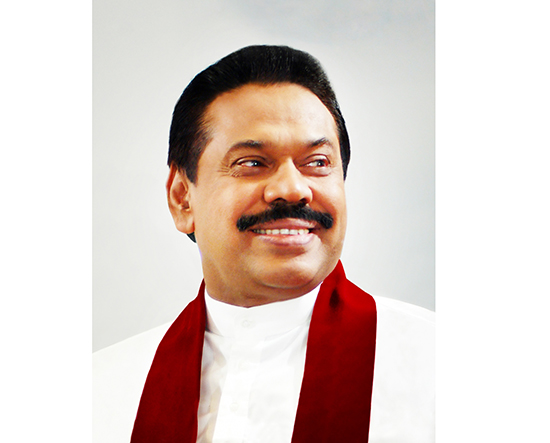 Prime Minister Mahinda Rajapaksa yesterday (12) asked Parliament to increase the borrowing limit by Rs.180 billion while amending the guarantee limit to 15 percent of the GDP as stated in the Fiscal Management (Responsibility) Act.

“It has become a national need to change our mindset to have faith in a production economy that supports exports and domestic production capabilities with fewer imports. A market economy that is dependent only on tea and apparels, with imports which are twice our exports without value additions to local resources and raw materials, will not pave the way for sustainable development. Development aspirations of the people could not be met depending only on import-led consumption and industrialisation without focus on food security and agro industrialisation and allied services based on agriculture, fisheries and livestock development. We have to not only convert a negative economy into a positive high economic growth rate of 6 percent, but such growth should result in the eradication of poverty.”

“Hospital capacity for disease prevention, which was limited to Colombo, has now been increased to 17 hospitals in less than a year covering almost all parts of the country. The number of special care beds for COVID-19 patients has been increased to around 600. Daily PCR testing capacity for the diagnosis of the disease has been increased to an average of 7,500-10,000 tests a day with each test costing around Rs. 6,000, with the daily expenditure exceeding almost Rs. 50 million. The government also spends a sizable amount for the food and welfare of those under 14-day quarantine. In the meantime, an allowance of Rs.5, 000 each is granted to low income families adversely affected by the COVID-19 pandemic. Besides, the government is also bearing expenses related to the payment of the allowances of public servants who are engaged in those services in addition to other health-related expenditure.”

“From 2020 onwards annually, foreign debt servicing amounts to approximately USD 4,200 million. I am happy to report to this House that we have settled all debt obligations including the foreign currency debt dues for the year 2020,” he said.

The Premier said that he would present the proposals to create a modern economy in the country through ‘Vistas of Prosperity’ in his budget speech 2021 to be delivered on 17 Nov. 2020.