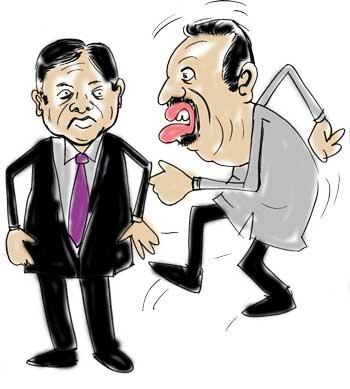 A prominent politico known to be a scholar had received a vitriolic tongue-lashing from a gabby colleague when he tried to explain the damage that could result from passing the 20A.

Commenting on the possible repercussions that could follow the enactment of 20A, the scholar-politico had appealed to his colleagues at least not to speak in defence of the amendment.

At this stage, the gabby politico had intervened and barked at the scholar-politico not to ‘exhibit his so-called erudition’ and warned him saying: “If you don’t like it, you had better keep your mouth shut.”

The scholar-politico had just kept quiet without making any response to this vituperative attack, they say.