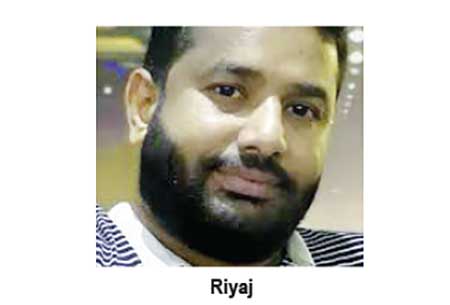 President’s Counsel Sanjeewa Jayawardena, yesterday, told the Court of Appeal that the President had never had any hand in revoking any detention order issued against Riyaj Bathiudeen, the brother of Rishad Bathiudeen.

At the outset Faiz Mustapha PC, who appeared for the petitioner Riyaj Bathiudeen told the Court of Appeal that the petitioner had not been involved in terrorist activity, according to investigation reports of recent times. Petitioner was entitled to resist wrongful arrest. It was not a case of hiding. It was avoiding wrongful arrest. There was no responsible suspicion for the arrest of Riyaj. There was no basis to arrest him originally or now. The only basis was a telephone conversation with an Islamic extremist who had attempted to bomb the Cinnamon Grand Hotel. The calls had been business oriented and nothing else. The mobile phone used by Riyaj, had been linked to so many other phones on miscellaneous deals.

Riyaj had received telephone calls on the export of copper, which was a business deal. No basis at all for the arrest of Riyaj Bathiudeen. Attempts should not be made to arrest Riyaj on incomplete investigations, the Counsel said.

Sanjeewa Jayawardena, PC appeared for the intervention against the writ application by Riyaj Bathiudeen. One is by the Reverend Father Lawrence Ramanayke and the other by another concerned party counsel.

The President had assured that at no time he had said that he had a hand in the revoking of any detention order against Riyaj, Counsel explained. Riyaj Bathiudeen has had several phone calls with the brother of the person who attempted to bomb the Hotel, in 2019. The counsel said hundred members of Parliament in September 2020 complained to the President that the Investigations against Riyaj had not been properly conducted. They said any detention order against him should not be revoked. The security of the People was vital.

There were photographs of Riyaj sitting together with Zahran, the NTJ Leader, counsel added.

The Additional Solicitor General Sarath Jayamanna, PC, told the Court of Appeal that on September 19, 2020, Riyaj had withdrawn his fundamental rights violation petition against state officials. On September 22, Riyaj withdrew his Habeas Corpus application against state officials. Hence no litigation remained over any type of harassment. The bombings were the most deadly act committed on April 21, 2019, which killed so many persons, all over the country. When evidence surfaced people had to be arrested, the ASG said.

The ASG explained that the family had acquired assets by money laundering. The accounts of Riyaj and his wife were huge and unbelievable.

The arrest would be completed at the end of the on-going investigation. The writ application, at this stage was premature, he added. The Attorney General had only ordered that investigations be conducted where necessary, ASG Jayamanne added.

Riyaj Bathiudeen had filed a writ application in the Court of Appeal, requesting the Court to prevent his likely arrest by the CID. He had said it was baseless to arrest him. Rev. Father Lawrence Ramanayake, of ‘Sethsevana’ Archbishop’s House, Borella, Colombo had filed an Intervention, objecting to the writ application by Riyaj Bathiudeen. The priest has said that Riyaj was a suspect as regards the Easter Sunday attacks of April 21, 2019. Those suicide blasts killed 256 persons and injured 500 others.

The bench comprised Justice Mahinda Samayawardene and Justice Arjuna Obeysekera. The Court of Appeal reserved the order on whether to issue notice on the respondent police officers and to grant interim relief for Riyaj Bathiudeen for October 21, 2020.