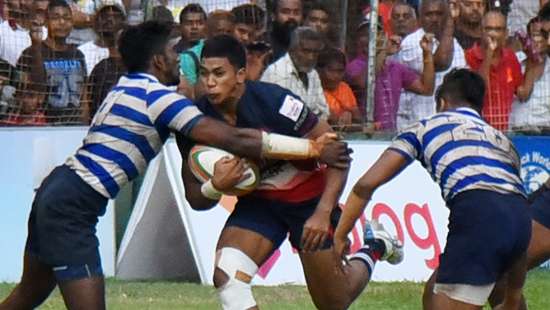 Former Trinity, CR & FC and Up Country SC player, Nigel Ratwatte will retain his position as skipper of the defending league champions, Kandy Sports Club for the 2020/21 rugby season. Nigel, who led the outfit last season, took them to the championship in the league before the Clifford Cup knock-out was cancelled due to Covid-19.

Playing at his usual pet position of full-back, the omnipresent Nigel also could easily fit in as fly-half or even at Centre. Nigel started his rugby career at Trinity College as part of the Under-13 outfit where he took the team to All-Island champions. Later his parents moved to Mauritius where he played for St Nicholas Grammar School and subsequently was selected to represent the national Under-18 outfit tour to Madagascar. He completed his education in South Africa.

In 2009 he started his club rugby career at CR & FC and moved to the newly formed Up Country Lions three years later. A year later he shifted to where he learnt his basics in the Central Hills of Kandy. He made his sevens debut in 2012 and two years later made a double when he was selected to represent the national XV a side outfit against Portugal in a tournament in Colombo.

Thirty year-old Nigel will have an uphill task to retain the league title which Kandy first won in 1994 under Indrajith Bandaranayake. The Clifford Cup, which they first claimed in 1992 under Maurice Joachim with the club revamp, will also be in their view.

The club will have their usual big named players with only Thilina Wijesinghe shifting to CH & FC while former Royal and Havies player Shawket Lahir heading towards the Central Hills. Once again Fazil Marija will be their Head Coach of the outfit with the forwards coach yet to be named after Viraj Prasanna ended his coaching stint with the Kandy club.