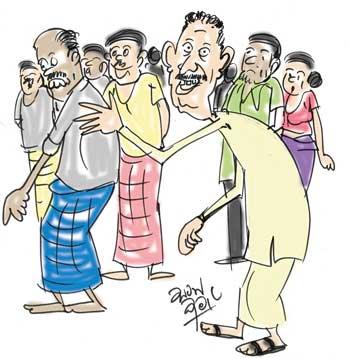 This war hero- politico known to have an unpredictable temper would call people disparaging names, often describing someone as an animal in the wild, but of late he has turned gentle and soft-spoken, they say.

It is well known that he used to angrily bark at his constituents who would dare make even a well-meant inquiry. However, the politico has now become very gentle and courteous to them.

Those close to the politico are reportedly pleasantly surprised to find that he has now become so unassuming and polite that he not only speaks to his constituents, in a cordial manner but also would even give them an affectionate pat on the back.

However, some constituents puzzled over the politico’s sudden change in his general attitude for the better wonder whether it is a genuine change of heart, they say.