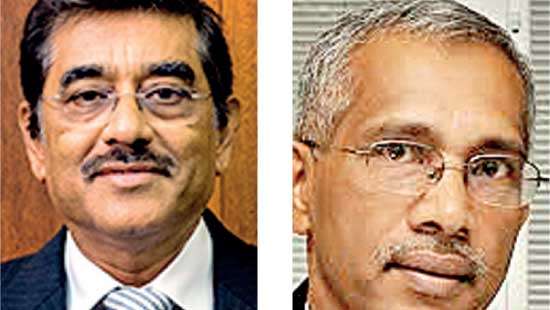 K.M.M. Siriwardena is the only serving Deputy Governor as of now, according to the Central Bank’s official website.

The other Deputy Governor, S.R. Atygalle, serves as Secretary to the Finance Ministry and Treasury.

Meanwhile, in a long Facebook post on September 25, Dr. Weerasinghe’s daughter, Kithmini Weerasinghe, paid tribute to the 29-year-long Central Bank career of her father and called him an unsung hero of the Sri Lankan people.

“For years, he has worked behind the scenes to protect the Sri Lankan people from the whims of power-hungry, short-sighted elected officials,” the Facebook post read.
She also said her father paid the price for standing up against political pressure.

“My father has paid the price for standing up to political pressures time and time again. He has been accused of being partisan by both sides of the political aisle, has had smear campaigns targeted at him, passed up for the top job for fear of non-conformity and most recently publicly berated by an uninformed and misguided president.”

“This is a man whom politicians were afraid to put in power because he works for the betterment of the people and not for them. There is no higher compliment that they could have paid him. If integrity could take human form, it would be my father.

Meanwhile, former Finance Minister Mangala Samaraweera in a Twitter message said, “Two senior deputy governors at the CBSL, who have consistently and productively helped the economy to stay afloat over the years, despite many challenges, forced to go on leave prior to retirement; a historical first for the CBSL. ‘Economic assassin’ strikes again!”