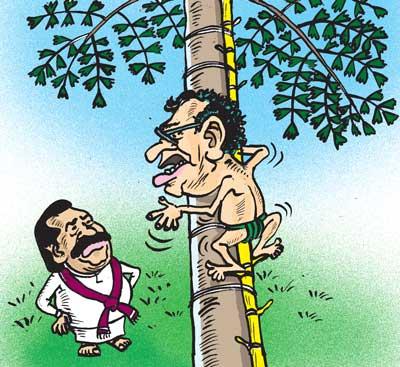 A telephone party front-liner in the upcountry recently came under from fire from environmentalists for clearing part of a forest reserve in Hantana. However, the politico has claimed that he had cleared a block of land belonging to him.

Meanwhile, a report said that the Authority responsible for protecting the environment was set to file a case against the Telephone politico. On hearing about this, this politico had met Number Two and claiming that the land was his, had requested him to ensure that no ‘injustice’ was done to him.

He had told Number two smilingly, “Sir, I got them to cut the grass, not the trees.” Those who were within earshot, reportedly had a good laugh over big trees turning into grass when meeting Number Two, they say.