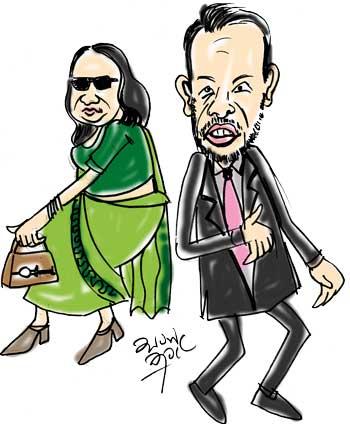 An ambitious young man who missed his chance of making it to Diyawanna through the List due to his better half getting in his way has gone into a sulk, they say.

An advisor to a very high political authority, this Diyawanna aspirant, had entertained high hopes when he found his name too was on the List.

However, he had been overlooked when it had been pointed out it was ‘unethical’ for him to be a Diyawanna member when his better half was already holding an executive post in the council administration.

The highly disappointed man is said to be telling all and sundry he meets these days that he missed being a Diyawanna member because of his better half.