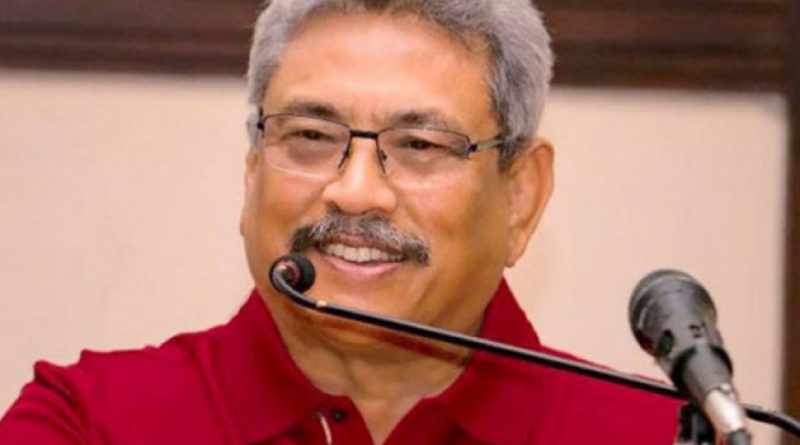 In a pre-recorded statement at the High-Level Meeting to Commemorate the 75th Anniversary of the United Nations today, President Gotabaya Rajapaksa said, ‘We expect the United Nation will place due emphasis on non-interference in domestic affairs of other states.

“At a time when the world is facing a common and an unrivalled threat, the “United Nations We Need”, I am certain, will place due emphasis on the sovereign equality of States, respect for territorial integrity and non-interference in their domestic affairs”, President said.

The President said that he firmly believes that partnerships fostered between Member States and the UN continues at their best when no country is held hostage to the interests of a few.

UN Member States agreed in June 2019 that the UN will mark its 75th anniversary with a one-day, high-level meeting of the UN General Assembly on Monday, 21 September 2020 on the theme, ‘The Future We Want, the UN We Need: Reaffirming our Collective Commitment to Multilateralism’.

The President of the 75th Session of the General Assembly Volkan Bozkir made the opening statement at the meeting where leaders and delegates of 180 countries made their representations.

In his speech, President Rajapaksa said the world is plagued by the unprecedented COVID-19 pandemic, which has jeopardized economies, health systems and indeed societies, just within a few months.

“Sri Lanka was able to successfully face the challenge of COVID-19 through a proactive intervention. We established the National Action Committee for Preventing COVID-19 even before the first patient was detected in Sri Lanka. Our approach synchronized the military, health as well as civilian authorities of national and regional levels.

Sri Lanka’s recovery rate stands at over 90% well above the global recovery rate. Our success story owes much to our reliance upon ‘tracing and quarantine’, which was our greatest strength,” President stressed.

“Sri Lanka is hopeful that we of the United Nations would rededicate ourselves in efforts to strengthen this great institution to ensure the future we want. We owe our peoples and future generations no less,” he said.