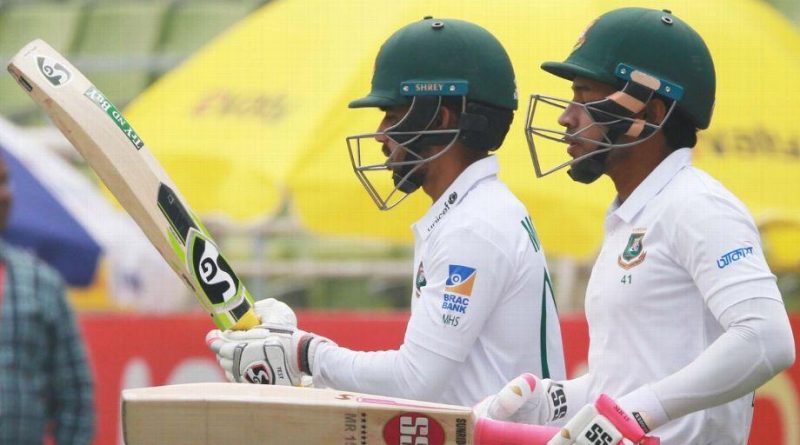 Bangladesh Cricket Board president Nazmul Hasan said his team will not travel to Sri Lanka for the three-match Test series if the 14-day quarantine rule proposed by Sri Lanka’s health and security agencies was instated.

Cricbuzz had reported that the tour seemed highly unlikely after SLC had officially informed them of the quarantine timelines. BCB have sought a seven-day quarantine with the view to get an additional week of practice.

According to the bio safety plan sent by SLC and seen by Cricbuzz, the proposed 14-day quarantine will end on October 12. Bangladesh will then train for five days before playing their only three-day practice match against Sri Lanka A from October 18-20. After two days of rest, the first Test is scheduled to begin on October 23.

SLC have, thus far, failed to convince their health and security agencies to relax the rules as per BCB’s requirement. Board president Nazmul held an impromptu emergency meeting and later announced that BCB have informed their counterpart that they were not going with this bio-safety plan and are now waiting for SLC to get back. Those in the BCB say the bio-safety plan submitted to them is different to what was briefed previously.

As a result BCB have decided to include a High Performance Unit with them at their own cost, but now SLC have insisted that they cannot accommodate more than 30 cricketers, thereby restricting the travel of the High Performance squad.

“But the terms given by SLC yesterday [Sunday] says none of our team members will be allowed to go out even from the room for 14-days. Not even to have a food. We feel there is some reason behind this. We feel that may be they are dealing a tough situation with Covid-19 which we don’t know about. They are playing domestic there but when it came to us they are trying to impose these restrictions.

“We will have our team in Dambula and not in Colombo despite that they are not allowing our team members to get out from the room. These terms are surprising. Speaking of the practice facilities they will not provide even the net bowlers and at the same time they are not allowing us to carry any. This is not a child’s play, this is ICC Test championship. There is a big difference the way we are thinking,” he said.

“We will not wait long for them to reply. We have decided that it is not possible for us this way and we have already started planning on things that needs to be to get our cricketers back to the field. If they reply soon its fine or else we will have our own set of plans and we will not get back from that.

Nazmul added that the board are planning to resume cricket as soon as possible in the country. The sport shuddered to a halt in March due to Coronavirus pandemic. Should the tour of Sri Lanka be cancelled, BCB will need an alternative tournament to play. Plans, however, are underway to kickstart domestic cricket. Cricbuzz understands BCB is planning to resume cricket through the National Cricket League, country’s lone first-class tournament, from the opening week of November.

“We have not thought of a replacement to this series yet. One thing we want to do is get cricket back to the field. Not sure if we will have any international team playing with us but we have ambition to start domestic cricket soon. It is yet to be planned but we will surely have cricket back soon. The coaching staffs will stay back; the cricketers are not playing for a long time now so we will plan something.