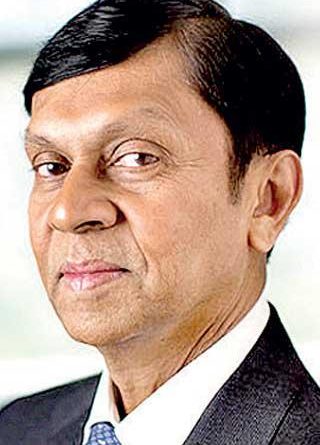 Sri Lanka’s government renewed calls for suspension of debt service payments from multilateral lending agencies until at least 2021, as such could lift some burden off from its budget and ease pressure on the balance of payment to better respond to the pandemic-induced economic damage.

Speaking at the United Nations Conference on Sustainable Development this Tuesday, Finance State Minister Ajith Nivard Cabraal reasoned out why the current initiative by the World Bank and G20 to suspend debt servicing should be extended to emerging and developing countries such as Sri Lanka.

In April, the World Bank’s Development Committee and G20 Finance Ministers endorsed in what was called the Debt Service Suspension Initiative, in response to a call by the World Bank and International Monetary Fund to grant debt service suspension to the poorest countries, to help them manage the economic toll brought on by the pandemic.

The objective was to free up resources so that the borrowers could increase their spending on social, health and economic spending, to soften the pandemic’s toll on their economies.
“…. it is also known that although the fall-out of the pandemic affected all emerging and developing nations as well, the international financial institutions prioritised financial support for the lower income economies only,” Cabraal told a virtual audience of finance ministers via video conference.

“This policy forced many countries like Sri Lanka to rely on their own strengths to overcome the economic ramifications of this global crisis, although it has been quite stressful on our economies.

It has also reduced our ability to provide further much-needed relief to our people, who have been affected by this global debacle,” he added.

According to the latest World Bank data, 73 countries are eligible for the G20’s debt service suspension initiative, making it possible to postpone US $ 11.5 billion worth of debt this year but only 41 countries have so far applied to do so, for a total of US $ 8.8 billion. Seeking debt standstill on foreign debt is part of the government’s broader strategy to manage soaring public debt consisting of three pillars, of which lowering debt service cost and extension of repayment period are part of.

Notwithstanding the legislative hurdles, the Sri Lankan government provided fiscal stimulus by way of handouts to millions whose livelihoods were threatened and to maintain healthcare services and other essential services up and running during lockdowns. As a result, the government borrowings soared during the first six months, skewed towards domestic borrowings.
According to the latest fiscal data, Sri Lanka’s public debt rose by a trillion rupees during the first six months of the year, to Rs.14.1 trillion. This accounts to about 93 percent of gross domestic product. Domestic debt consisted of Rs.7.5 trillion while the foreign debt component was Rs.6.5 trillion, which grew by 13.6 percent and 1.9 percent, respectively, as the government leaned heavily on domestic borrowings.

Meanwhile, the pandemic also strained the external sector of the country, as tourism, a key foreign exchange earner, came to a standstill while the other current account inflows lost momentum. Cabraal identified the debt standstill akin to a vaccine that must be administered not only to the vulnerable poor but also to the vulnerable emerging and developing countries as well, to ensure the stability of the global economy. “We must remember that a vaccine administrated only to the ‘vulnerable’ will not prevent the spread of a virus. In order to decisively end a pandemic, the vaccine must be administered to those who are not infected as well,” Cabral told the conference themed ‘Financing the 2030 Agenda for Sustainable Development in the Era of COVID-19 and Beyond.’