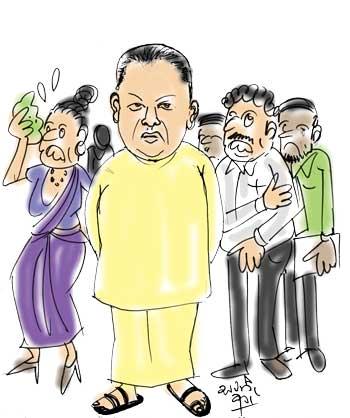 A newly-appointed state purohita is reportedly telling his cohorts these days, “Look for places where you can dig! I will issue you the necessary permit!”

This politico from a ‘walawwa clan’ had hosted his buddies and henchmen to a treat at a hotel overlooking a river and the latter had lamented that their ‘boss’ did not get the subject he really deserved, they say.

The politico also had expressed his regret that the position he got was such that he could not “do much” for his pals and supporters.