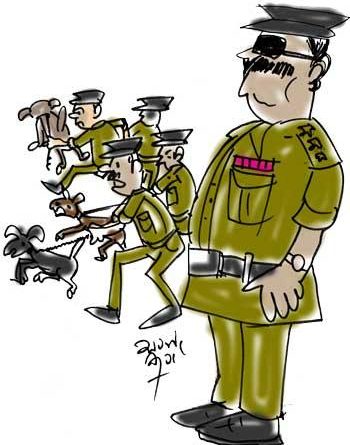 A khaki high-up has employed four of his subordinates to look after his four pet dogs.

The high-up had selected the four subordinates for the job after making a careful assessment of their ability to tend his pets, they say.

By the way, a rumour has gone viral that some subordinates had collected money from their colleagues to accord a reception to this khaki high-up who had come in charge of the province as a result of a former high political authority taking a personal interest in his transfer, they say.