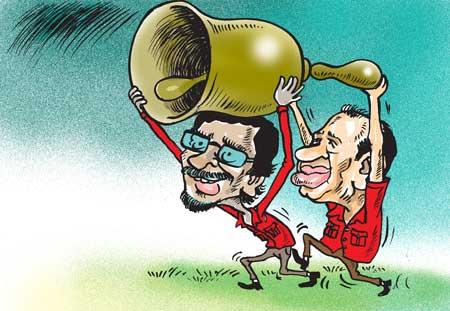 Most Red party cadres are said to be attributing the debacle they suffered at the general polls to switching to the Compass. Many of them are reportedly insisting that they go back to the good old ‘Bell’.

The ‘inside’ comrades say now that their leader Kumara has decided to contest the upcoming PC polls under the ‘Bell’ symbol.

The secretary comrade and comrade Kantha are reportedly giving leadership to the opinion that they should switch back to the ‘Bell’.

However, they all are keen to restrict this debate to the confines of the party, they say.