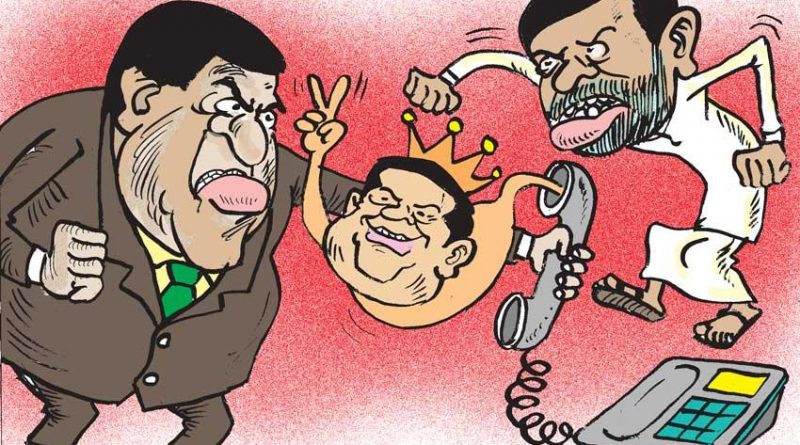 As the infighting over the Green party leadership exacerbates, the Working Committee members and the party’s Diyawanna members have begun receiving ‘howdy’ telephone calls from the contenders, they say.

These goodwill calls from a contender from the South who suffered a bitter defeat at the recent polls are said to be more frequent and also more affectionate than the ones from the other hopefuls.

The Southern contender soon after the exchange of greetings, would invariably come to the subject of electing a new party leader and after some talk about the issue, he would pose the question, “Is there a person more qualified than me for the leadership?” And very often, the person at the other end of the line would say something agreeable like “Why not, Sir?”

Then the Southern contender would say, “So, why don’t you propose my name?”

Some Working Committee members and the party’s Diyawanna members have now stopped answering the calls from the Southern contender when they see his name on the phone screen.

Two other contenders – one from the Colombo city and the other from Ampara have reportedly apprised the party leader about the ambitions of the Southern one, but the latter remained unresponsive as if he did not hear, they say.