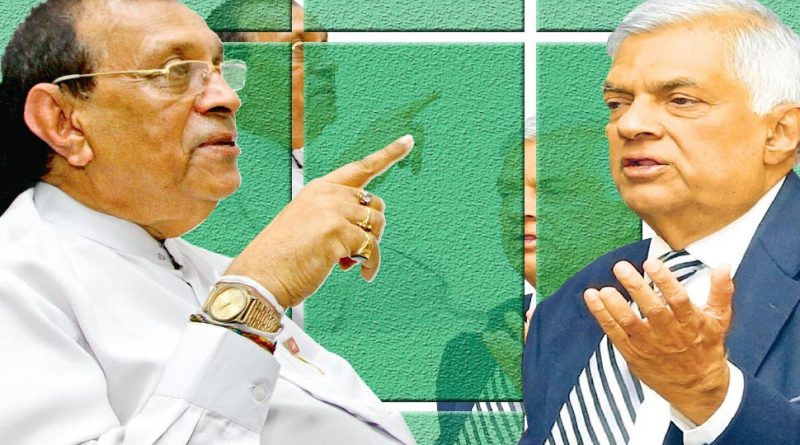 UNP Leader, Ranil Wickremesinghe and Legal Secretary of the UNP have informed the Party Working Committee (WC), which met yesterday (25), at Sirikotha that since Karu Jayasuriya was not a member of the UNPWC, he cannot be appointed as the leader.

WC also discussed summons issued on Wickremesinghe to appear before the Presidential Commission of Inquiry (PCoI) on the Easter Sunday attacks.

Meanwhile, it has been decided that the WC will meet next month and take a decision on Party leadership after Wickremesinghe testifies before the PCoI.

The Deputy Leader and Vice Chairman are also to be elected at the next meeting.

UNP sources at Sirikotha said the WC has failed to reach a decision even after three hours of deliberations regarding the National List slot and changes to the Party.

Meanwhile, Jayasuriya had expressed willingness to take over the UNP leadership. The letter sent to Wickremesinghe was also discussed and several senior members said since Jayasuriya was not a member of the WC, a decision should be taken only after he joins the WC.

However, in all of this Wickremesinghe has remained silent and not made any comment.

Meanwhile, WC members have stated that it is taking steps to hand over the leadership to a youth as soon as possible. The majority were of the view that the Party should not be handed over to those who betrayed it.

The new leadership would be decided at the next WC meeting on 1 September.