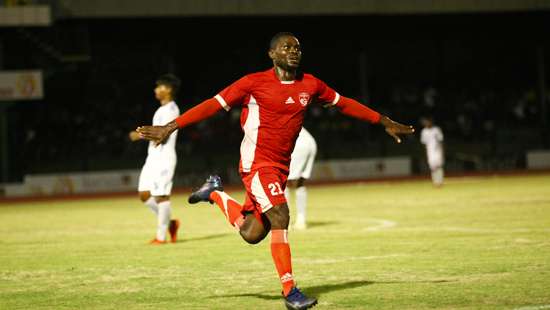 Despite seven minutes of added time in the first half both Colombo FC and Police failed to find the net.

However, once M. N. M. Fazal breached the Police fortress in the 59th minute, Colombo took charge with A. R. A. Shazny adding a second in the 81st minute while S. Razooniya put the icing on their victory in the third minute of added time.

Red Stars rode on a first-half hat-trick by O. I. Abumere in the 11th, 33rd and 43rd minutes to ease past Serendib under lights after enjoying a 4-2 lead at half-time. J. A. Dilakshan (14th) and C.M. Rahaman (78th) scored the other two goals for Red Stars.

R. Mohamed (13th) and N. Shiyan (40th) kept Serendib in contention in the first half with A. Kumara finding the net in the 76th minute before Rahaman sealed victory for Red Stars.

The tournament is being played behind closed doors, following strict health regulations because of the coronavirus.