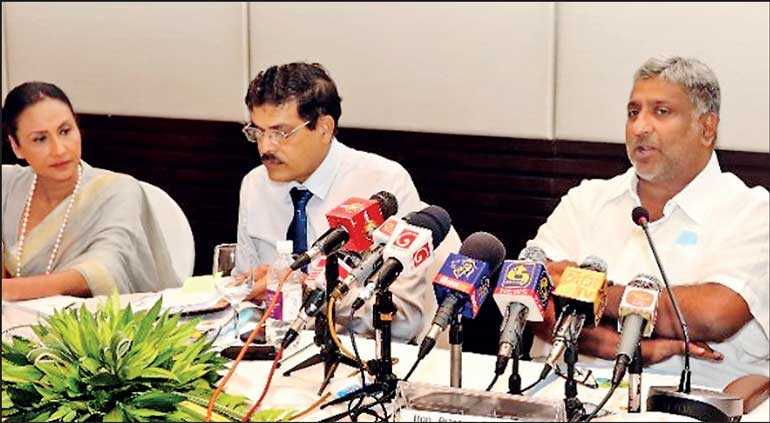 Tourism Minister Prasanna Ranatunga will present to the Cabinet the case for re-opening the Sri Lankan borders as early as possible for tourists.

He made this disclosure during a meeting with all stakeholders of the tourism industry on the way forward, held yesterday in Colombo. The first meeting of the new Cabinet is scheduled for today, but the Minister did not confirm whether he will propose the plan today or next week. The BIA has been shut for international tourist traffic since late March as a precautionary measure to prevent the spread of COVID-19 pandemic. Largely owing to return of Lankans from impacted countries, the total cumulative cases of COVID-19 in Sri Lanka stood at 2,902 as of yesterday including 1,007 imported cases.

Minister Ranatunga said that it was important to re-open the borders as early as possible, with advice from health authorities, to ensure an earlier-than-envisaged recovery in the tourism industry, which has been most affected firstly by the Easter Sunday terror attacks and secondly by the COVID-19 pandemic.

Ranatunga also said that the new Government is committed to increase investments and opportunities in the tourism sector, following a quick revival.

He said that the previous Cabinet, on his recommendations, approved a host of concessions for the tourism sector hit by COVID-19, whilst the Central Bank extended its support as well with debt moratoriums and requesting banks to extend concessionary finance.

“However, there have been complaints by small and medium enterprises in the sector that leasing companies weren’t offering relief, and we will report such cases to the Central Bank,” Minister Ranatunga warned.

He also said that following the election of a strong Government led by President Gotabaya Rajapaksa and Prime Minister Mahinda Rajapaksa, the country at large and the tourism industry have a golden opportunity to work together to boost tourism, thereby enhancing its contribution to socio-economic development.

The Minister also requested the industry to extend their fullest support to implement short-to-medium terms plans being finalised to develop the tourism sector.