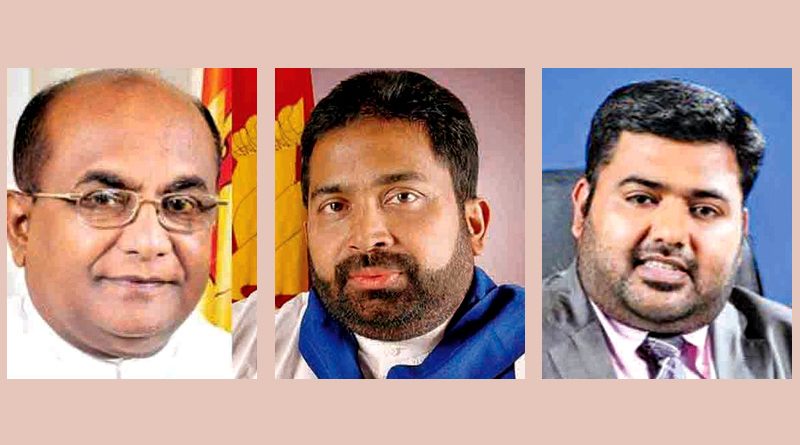 The first sitting of the Ninth Parliament of Sri Lanka commenced at 9.30 am yesterday in accordance with Standing Order No.1 of Parliament adhering to recommended health guidelines.

Matara district SLPP MP Mahinda Yapa Abeywardena was elected Speaker with the concurrence of all Members of Parliament yesterday.

Parliament General Secretary Dhammika Dassanayake read out the statement by the President on the summoning of Parliament which was followed by the electing of the Speaker.Thereafter, the elected MPs took their oaths.

The Speaker, Deputy Speaker and the Deputy Chairman of Committees were then appointed.

Parliament was then adjourned until 3.00 pm to commence the ceremonial sittings under the patronage of President Gotabaya Rajapaksa. Prime Minister Mahinda Rajapaksa congratulated Speaker Mahinda Yapa Abeywardena on behalf of the President and his government.

The Prime Minister welcoming the new Speaker said he was a product of the Matara Thelijjawila Central College and Matara Rahula Vidyalaya and graduated from the Colombo University. Abeywardena was elected to Parliament on May 18,1983 having contested the Hakmana seat and yesterday, became the third citizen of this country.

“It is with humble pride that I congratulate you as the Speaker hailing from the South. Honourable Speaker, as an experienced senior politician you are well versed with the Parliamentary traditions as well as the functioning of the Provincial Councils as you also served in many roles including as a Chief Minister. You have also served as a Parliamentary Affairs Minister, Agriculture Minister, Cultural Minister and Health and Nutrition and Industries and have a wealth of knowledge and experience in the state administration sphere. You have also served as a Cabinet Minister over a considerable time period,” Prime Minister Rajapaksa said.

Therefore, the Prime Minister wished the new Speaker the courage and strength to act independently and unbiased in his new role being a politician with such vast experience.

Born on October 10, 1945 in Makandura, Matara, Mahinda Yapa Abeywardena is a senior politician with more than 30 years of experience. Mahinda Yapa Abeywardena received his primary education from Thelijjavila Central College and Rahula College, Matara.He then obtained his first degree from the University of Colombo. He has also received specialized training in Management from the Institute of Management, Chandigarh in India.

He won the Hakmana by-election in 1983 and entered Parliament for the first time representing the United National Party. He has been a Member of Parliament for 23 years. Mahinda Yapa Abeywardena, who contested from the Sri Lanka Podu Jana Peramuna for the Matara District in the 2020 General Election, entered Parliament with 80,895 preferential votes.

He was the Chairman of the Southern Provincial Council during 1993/94 period and also served as the Chief Minister of the same Provincial Council from 1994 to 2001.He has also held a number of Ministries such as Health, Cultural Affairs and National Heritage, Irrigation and Rural Development, Industry and Commerce, Parliamentary Affairs and Agriculture.

He was also a member of the COPE Committee in 1987. Mahinda Yapa Abeywardena has also attended the Asian Parliament for Peace in Beijing, China in 2002, attended the 50th C.P.A Conference in Dhaka, Bangladesh and the 2005 International Parliamentary Conference in Fiji.