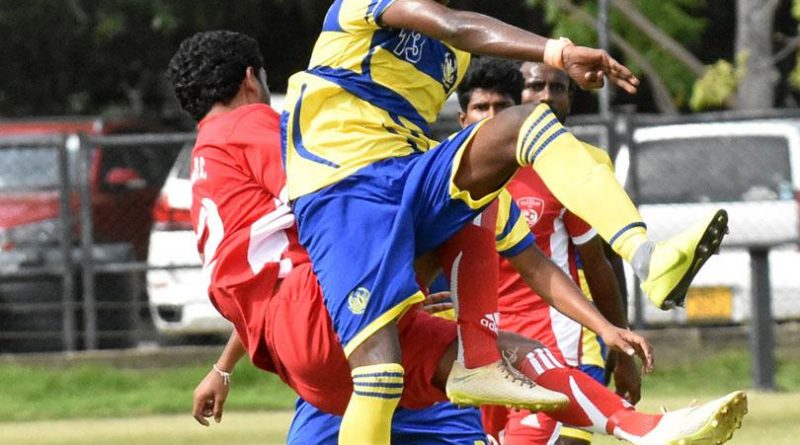 Reigning FA Cup champions Police SC scored a sizzling 4-2 win over Ratnam SC under lights at the Racecourse Stadium today (10) to open their campaign on the second day of the Vantage FFSL President’s Cup 2020.

Sea Hawks FC and Serendib SC played out a thrilling 3-3 draw at Sugathadasa Stadium in the second Group D match.

This is the first time a major football competition is being held in Sri Lanka after the coronavirus outbreak. The tournament will run until August 31 with the participation of 20 leading clubs in the country.

Police counter attacked brilliantly to take a 3-1 lead at half time after an early strike by K. D. Lobognon to put Ratnam ahead in the ninth minute.

A. H.T. Shihan Prabudha struck the equalizer in the 14th minute with W. Chathura Gunaratne (24th) and M. S. M. Sufaik (38th) also finding the net in the first half.

Police enjoyed a 4-1 cushion when M. R. J. Mohamed fired home in the 69th minute. Ratnam struck back through Rajkumar Shanthan two minutes later but Police hung on to win the high-scoring game.

Red Star FC scored an upset win over Saunders at Racecourse Stadium with Oguduu Ismaila Abumbre drawing first blood in the 41st minute to give them a 1-0 lead at ‘lemons’.

Saunders drew level early in the second half when Sundaraj Niresh found the net in the 50th minute.

However, Red Star were not to be denied with M. A. F. Basith Ameer hitting the winner in the 70th minute.

The tournament is being played within closed doors and strict health regulations because of the coronavirus.

The 20 teams were divided into five groups with each team guaranteed at least three matches during the preliminary rounds.

The quarter-finals are scheduled to be worked off on August 23 and 24 and the semifinals will be played on August on 27 before the final on August 31.