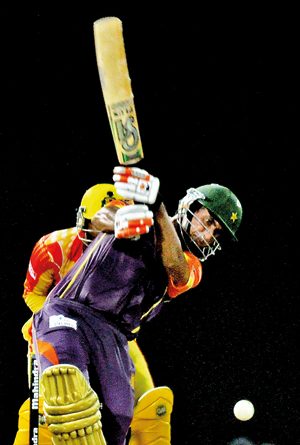 Sri Lanka Cricket (SLC) will meet the country’s health authorities on Tuesday to seek their approval and guidelines to conduct the much-awaited the Lanka Premier League – Sri Lanka’s first major T20 tournament since 2012.

The board has set a window from August 28 to September 10 to conduct the five-team tournament which has attracted 70 international players and 10 ‘top-notch’ coaches. This was after, they were forced to reschedule the tournament from the original date of August 8, following the government decision to push back the August 1 reopening of the country’s main airport in Katunayake.

Even though Sri Lanka has managed the spread of the virus effectively, with health authorities denying a threat of a community spread, the country’s main airport remained closed with the date of reopening for visitors yet to be decided. However, SLC is hopeful it will be opened in time to bring down players from overseas.

“We are meeting with the health authorities on Tuesday to get their approval and health guidelines to conduct the tournament,” said Ashley de Silva, SLC Chief Executive Officer.

Meanwhile, the SLC on Friday closed bids on the Sports Marketing/Management Agency that will ‘join hands with the SLC in procuring and managing franchise ownerships for LPL and/or in partnering with SLC – as a sponsor of the entire tournament and the short, medium and long term operation, management and brand development for the LPL’.

Sources said two parties have shown interest but what they have offered is a secret.

According to the SLC CEO, the board will handle all cricketing aspects like appointing match officials, providing ground facilities, etc., in relation to the tournament while the Sports marketing firm will be in charge of all logistical aspects including appointing franchise owners, media right partners and players.

Except for leagues in India, England and Australia, it has been a struggle to make such events profitable. A significant majority of T20 domestic teams throughout the world are still loss-making but de Silva is confident they could make a profit from the first year itself given the model they have prepared.

“It won’t be a loss-making exercise,” said de Silva. “We have prepared a blueprint of the model and we will make a significant profit from the first year itself.”

If it goes well, the LPL will feature 23 games and will be played across Sri Lanka’s four day/night international stadiums – Khettarama, Sooriyawewa, Pallekele and Dambulla.

The five teams will be named after five cities – Colombo, Galle, Jaffna, Dambulla and Kandy. Each team will have six international cricketers, eight local cricketers and an U-19 cricketer. Local cricketers will be selected from the 79 nationally-contracted players and 48 cricketers nominated by 24 first-class teams (two from each club).

Players from across the cricket playing nations have shown interest in competing, with each expected to earn between US$ 10,000 and 60,000.