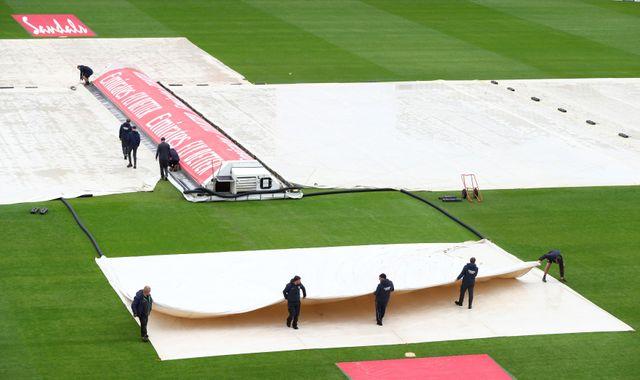 without a ball being bowled on the third day of the second test between England and the West Indies as rain fell persistently over Old Trafford on Saturday. The umpires took the decision at 4 p.m. — three hours before the scheduled close — but better weather is forecast for Sundays fourth day.   The West Indies will resume on 32-1, with Kraigg Brathwaite on six and nightwatchman Alzarri Joseph on 14. They are still 437 runs behind after England declared their first innings on 469 for nine, seeking to level the series after losing the first test in Southampton.