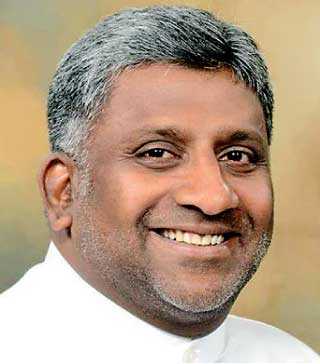 Tourism and Aviation Minister Prasanna Ranatunga yesterday said the reopening of the Bandaranaike International Airport (BIA) will be pushed back further from previously planned mid-August.

“BIA will not be reopened in mid-August as previously planned,” Minister told the Daily FT.

Considering the recent developments with new COVID-19 infected clusters found within the country, Ranatunga said it was difficult to give a timeline for the reopening of the airport.

“We cannot give an exact date for the reopening of the airport. The top priority of the Government is to contain the spread of COVID-19 and to repatriate Sri Lankans still stranded in various parts of the world.

This is why Government decided to temporarily halt expatriating Lankans until further notice,” he added.

The temporary suspension of repatriation will take effect tomorrow.

The Minister pointed out that the repatriation process was temporarily halted due to the lack of capacity available at quarantine centres in the country. “As soon as this sudden spike of new clusters are controlled, the repatriation of migrant workers stranded abroad will be resumed,” he said.

Ranatunga reiterated that they will have to closely monitor the situation and take a decision in consultation with the health authorities. “Steps are being taken to control the situation,” he assured.

So far nearly 15,000 stranded Lankans from 65 counties have returned and more were expected to return.

The first-ever repatriation from Jordan was scheduled for today along with more migrant labour from the Maldives.

Foreign Affairs Ministry estimates around 50,000 more Lankans have expressed keenness to return to the country. Of this around 40,000 are migrant workers and 30,000 of those are from the Middle East.