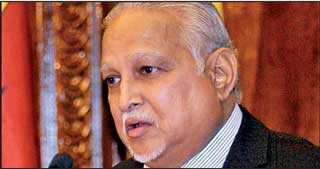 “We cleared shipments of imports that were duly licensed and approved by the authorities mid to late last year, and long before the onset of the COVID-19 pandemic,” DCSL Chairman Harry Jayawardena told the Daily FT.

The Government suspended the import of ethanol effective 1 January 2020, and the clearance of 72 containers post-lockdown saw some activists crying foul, as well as alleging that Jayawardena has been favoured.

“As a prudential practice, we buy forward, whilst our licence was to last till March 2020 even though the Government imposed a ban effective 01.01.2020. We hadn’t opened fresh LCs or ordered new shipments following the ban,” Jayawardena added.

He also opined that release of the shipment received prior to the ban was legitimate, whilst the Customs and the Department of Import and Export Control have been facilitating the release of many goods which had arrived before the temporary ban imposed following the COVID-19 pandemic, to save foreign exchange outflow and promote local industries.

Though expressing concern over the ban on import of ethanol, which will have an impact on the industry, Jayawardena said DCSL has been compliant and will continue to do so.

DCSL, in a disclosure to the Colombo Stock Exchange in May, said existing local production of ethanol was insufficient to meet the overall demand of all manufacturers once economic activity and liquor sales in particular are recommenced. “Therefore the restriction on the import of ethanol needs to be restored at an early date, as otherwise the production of illegal liquor in the illicit market would flourish, resulting in harmful health effects on consumers,” DCSL added.

On the other hand, DCSL said restrictions imposed on the import of foreign liquor as part of post-COVID forex management measures would increase sales of locally produced liquor.

Following the import ban in January this year, liquor industry giants were forced to use ethanol produced at two government-run sugar mills in Sevanagala and Pelawatte – leaving them acutely concerned as to whether this locally-manufactured ingredient can deliver on a final product that can match the quality, safety, and taste of imported ethanol.

According to Excise Department Spokesman Deputy Commissioner Kapila Kumarasinghe, the import ban on ethanol was imposed in a bid to control the massive amount of revenue flowing out of the country for imports. The Commissioner of Excise has announced in a letter to the Liquor Manufacturing Companies that the ethanol produced in the sugar factories should be used, and the supply process should be carried out with the approval of the Excise Department of Sri Lanka.