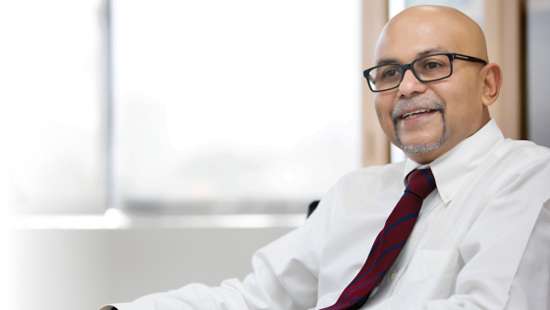 Sri Lanka is targeting a gold medal at the 2022 Commonwealth Games in Birmingham, England, according to Dian Gomes, President of the Boxing Association of Sri Lanka (BASL).

Sri Lanka’s boxers have won one gold, two silver and four bronze medals in the history of the Commonwealth Games, with the gold medal coming 86 years ago when A.W. ‘Barney’ Henricus won the featherweight class at the 1938 British Empire Games held in Sydney, Australia.

Sri Lanka has not won a gold medal in boxing at the Asian Games with H. P. Jayasuriya securing a silver medal at the 1954 Manila Asian Games fighting in the bantamweight class.

The BASL hopes to form a national pool and begin training in January 2021 in preparation for the 2022 Birmingham Commonwealth Games and the 2022 South Asian Games to be held in Lahore, Pakistan.

With long-term development in mind and in the aftermath of the setback caused to school and national boxing competitions by the COVID-19 pandemic, the BASL hopes to focus on junior and youth boxers when forming the national pool, Gomes told Daily Mirror.

There were 15 boxing tournaments at junior, senior and school level scheduled in the 2020 calendar of the BASL but apart from three competitions carried over from the last year, they have been unable to conduct any events since the viral outbreak.

However, following health and sports ministry guidelines, the BASL hopes to conduct the National Championship in December. It is unlikely that any other boxing tournament will be held during the next seventh months.

Gomes will go down in history as one of the longest serving boxing official in the country. A product of Royal College, Gomes served as BASL president from 2004 to 2009 and his current reign is from 2017. He and his team of officials are expected to seek another four-year term until 2024 at the upcoming election of BASL office-bearers scheduled to be held on August 20.

He is credited with spreading and popularising a sport which was confined to a few districts in the past, at school and national level islandwide.

“I have devoted my energy and wealth to promote boxing. No one can point a finger at me that during my term of administration that there was any corruption in the sport. If my team of officials get elected in future as well, I will ensure there is transparency in boxing administration. I will retire from the sport thereafter and hand over the baton to someone else,” declared Gomes.

“I have heard that one of the main sponsors of boxing in the country will withdraw their patronage for the sport because of the current economic situation. It was the Armed Forces and Police who kept boxing alive apart from our sponsors in the past. We need sponsors if we are to achieve success at international level. The support boxing gets from the State and the Sports Ministry is not enough,” he revealed.

The annual budget for boxing is around 10 to 12 million rupees. Gomes also spends around two to three million a year from his personal funds for the cause of boxing. But because of the prevailing economic crisis, it will be a big challenge getting funding from the private sector as well, he said.

Gomes said they can’t hope for a medal at the 2021 or 2024 Olympics but was pleased with their performance at the 13th South Asian Games in Kathmandu where boxers won 11 medals (one gold, two silver and eight bronze).

Having served as a top executive in leading companies in Sri Lanka, Gomes is a Director at Nestle Lanka Limited.

“I never wanted to become president of the NOC (National Olympic Committee). I am not seeking that position in future as well. But I am not happy with the manner in which NOC is serving sports in the country. I served as vice-president of the NOC when Hemasiri Fernando was president,” said Gomes who made an unsuccessful bid to bring individuals like Dilan Perera and Rohan Fernando to head the NOC.