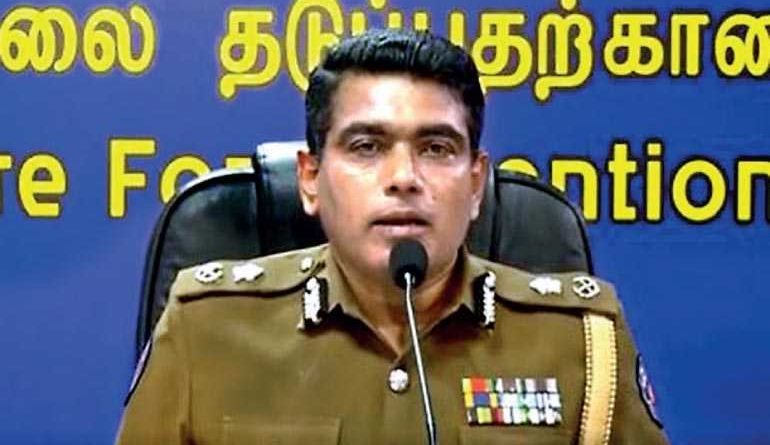 According to DIG Ajith Rohana, two civilians have also been taken into custody by the Criminal Investigation Division (CID) in the ongoing investigations. Both persons are being held on detention orders, DIG Rohana said.

The four PNB officers, including a Police Sub-Inspector, two Sergeants, and a Constable, were interdicted on Monday and are being held under detention orders. DIG Ajith Rohana and Police Spokesman SSP Jaliya Senaratne commented on the ongoing investigation at a special press conference held at the Police Headquarters yesterday.

DIG Rohana said the Police was seeking another PNB officer who is on the run, but would not release any details of the suspect. SSP Senaratne said that the Police was confident the absconding Police officer was still in the country and had not fled overseas. The Police have obtained travel control orders against the suspect and said that all ports and airports in the island have been alerted about the wanted officer.

“The Sri Lanka Police will not be lenient regarding these crooked Police officers; they will be prosecuted to the fullest extent of the law,” DIG Rohana stressed. The police have also launched an internal disciplinary inquiry into the matter, and will explore the possibility of charging the suspected PNB officers under anti-corruption and bribery legislation as well.

Responding to a question, DIG Rohana argued that there was no evidence found to date that indicate that narcotics from the PNB evidence locker was sold by the four officers in question.

DIG Rohana told the press that officers from the PNB and other agencies had initially become suspicious of the activity of a few fellow officers and had brought it to the attention of senior officers. “Information received by the Acting IGP prompted the investigation, which, under the advice of the Secretary to the Ministry of Defence was handed over to the CID,” DIG Rohana said.

Rohana downplayed the revelation made by two narcotics traffickers who had in their statements to the Police made allegations of links to the four Police officers. “The Police had discreetly begun investigations in to this matter before hand,” he said. “As you can see, we [the Police] did not attempt to cover this up, investigations were launched on order of the Acting IGP on 19 June and arrests were made by 26 June,” DIG Rohana said, pointing out that once preliminary investigations end, the Police would present its findings to the public via a press conference.

DIG Rohana conceded there was a possibility that other Police officers are involved in these activities in a direct or indirect manner, but he did not comment further, citing the need to maintain the integrity of the ongoing investigation. “We will leave no stone unturned in this investigation,” he stressed. Rohana would also not comment on reports alleging links between the suspect PNB officers and convicted narcotics traffickers in prison.

According to Rohana, the investigations into the four officers and the others have led the Police to find nearly Rs. 31.2 million in cash, some of which was found buried at one of the suspects’ residences. Two vans and a Pajero jeep, which is suspected to have been used to smuggle narcotics, have been taken into custody from the residence of two of the suspected PNB officers.

Twenty sovereigns worth of gold jewellery and ten acres of land owned by the suspected Police officers have also been confiscated, while three bank accounts holding close to Rs. 3 million have also been frozen by the Central Bank on the request of the investigators. DIG Rohana declined to comment regarding any links between the four suspected officers and the 225 kg haul of heroin found concealed in rice sacks on 14 May.

When questioned about large sums of money being transferred to and from the suspected PNB officers’ banks accounts, SSP Senaratne said that the Police has been working closely with the Central Bank to ascertain where the funds came from. DIG Rohana accepted that there has been lapses in monitoring the backgrounds of PNB officers.

However, DIG Rohana stressed that the Police will find all perpetrators involved and punish them. “The actions of a few rogue officers should not be allowed to discredit the hard work done by dedicated Police officers over the years,” DIG Rohana opined, pointing out that all ongoing narcotics investigations are continuing, and that the combined counter-narcotics operations were successful.