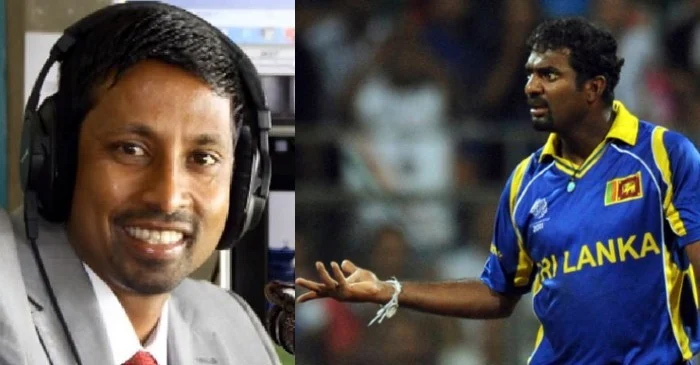 LNP : Former Sri Lankan all-rounder, Russel Arnold, who played a fair share of his international career with spin-wizard Muttiah Muralitharan, has opened up on why the latter was called ‘Motor Mouth’.

A few weeks back, former Sri Lankan captain, Kumar Sangakkara, recalled the instance when he had to convince Murali to postpone his retirement plans so that the legendary spinner would be able to achieve the magical milestone of 800 Test wickets.

During the interaction, Sanga mentioned about Murali being a chirpy teammate. ‘Muralitharan was annoying as hell in the dressing room’, Sangakkara said earlier.

Further, Sanga asserted that Murali would annoy his teammates by being critical. Also, the ex-wicketkeeper batsman made a thumb rule of not sitting with Murali before going in to bat. Apparently, Murali went on to chat about how the opposition was way better than the Lankan team.

Now, Arnold has concurred Sanga’s statements by suggesting that Murali would annoy others by being talkative.

“There were plenty of love-hate relationships – fun at times and annoying on other occasions. Speaking of annoying, Murali (Muttiah Muralitharan) was most definitely one. He was called MM (Motor Mouth),” Russel Arnold said during the chat show ‘Homerun with AV’.

“At times, when a batsman returned after getting dismissed, he would go and chide him for playing a particular shot. If a batsman were padded up to bat next, he would go up to him and
advise him not to play the same shot (and get out),” the cricketer-turned-commentator added.

Moreover, both Sanga and Arnold conceded that Murali is a brilliant human being with a ‘heart of gold’.

“He had a top-class influence with his performances. Apart from that, he is a superb human being with a beautiful heart. Murali might say something in the heat of the moment, but within five minutes, he would realise that he had been in the wrong. If you are looking for a friend in times of distress, look no further than Muralitharan. He’s a top-class man,” Arnold concluded.