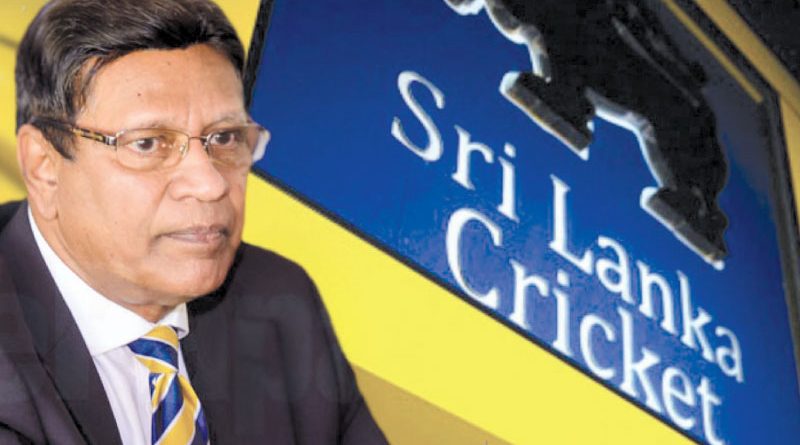 Sri Lanka Cricket (SLC) has already shown interest on hosting the Indian Premier league (IPL) tournament and is awaiting the response of the Board of Control for Cricket in India (BCCI) said Secretary of SLC Mohan de Silva .. I saw media reports that Indian batting great Sunil Gavaskar has proposed Sri Lanka to host this IPL which was postponed several times due to coronavirus epidemic all over the world . Anyway we have to await ICC decision about the possibility to conduct World T-20 tournament which is scheduled to be held next October said SLC Secretary.

IPL originally scheduled from 29th March to 24th May and initially suspended due to covid 19 epidemic and postponed to April 15 once again due to pandemic with the India Government extending lockdown till May the tournament was then postponed indefinitely . Indian Premier league (IPL)the worlds wealthiest T-20 tournament has twice been held outside India in years that it clashed with National elections. South Africa hosted the second IPL in 2009 and first half of the 2014 edition took place in the United Arab Emirates(UAE).This time Sri Lanka and UAE have both shown interest in hosting the IPL . However Indian batting great Sunil Gavaskar said IPL could be staged in Sri Lanka in September with Australia’s chances of hosting the T-20 world cup in looking bright . Gavaskar further added with the monsoon expected to bring heavy rains to India in September , staging a shortened version of the competition in Sri Lanka that month could be a viable option. He also said in September you can’t have the IPL in India due to the monsoon.

But maybe (It can be held ) in Sri Lanka from early September with teams playing each other once instead of double – headers. May be you can think that way said Gavaskar.

SLC Secretary further added SLC already is in a positive mood and working hard to conduct International tournaments .We are planning to conduct Lanka Premier League (LPL) next August with the participation of franchise players.

After this LPL we are going to conduct Asia Cup T-20 tournament Actually Asia Cup may also serve as a forerunner to the world T-20 Championships which is scheduled to be played next October. I think with the LPL and Asia Cup tournaments are always good for the Sri Lankan players to get exposure. In my view If we get to host IPLthis time we have enough resources to conduct it successfully and wait and see to do so in future added SLC Secretary. Sri Lanka has received the green light to host the Asia Cup T-20 tournament from the Asian Cricket Council (ACC) said President of the SLC Shammi Silva last week .The tournament was due to be hosted by Pakistan in UAE in September but due to the Covid 19 pandemic situation which was brought under control , they are facing difficulty in hosting the event .

We had a discussion with PCB and they have already agreed to our hosting this edition due to the present world situation . We had an online ACC meeting (8th June) and they basically gave us the green light to host the tournament said Shammi Silva . He also said they now have to discuss with the Government about hosting the event and have come up with a proper plan by involving medical officials about how to host the tournament, in keeping with the covid 19 health regulations