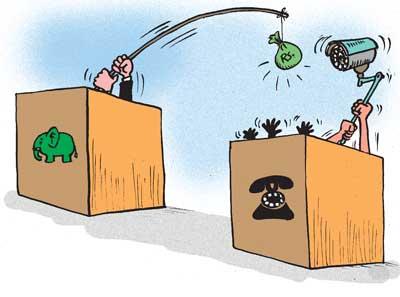 The Green party has launched a new political operation now. Following the failure to cause a few defections from the rival Balavegaya, they are now planning to hook a few prominent figures campaigning for the Balavegaya.

Two bigwigs from the Green party, one from Colombo and the other from Galle are said to be generously funding this operation to hook a few prominent ‘telephone’ campaigners.

The Balavegaya high-ups who have got wise to the latest manoeuvres by the Green party have already set up an intelligence wing to forestall bids to undermine their poll campaign, they say.