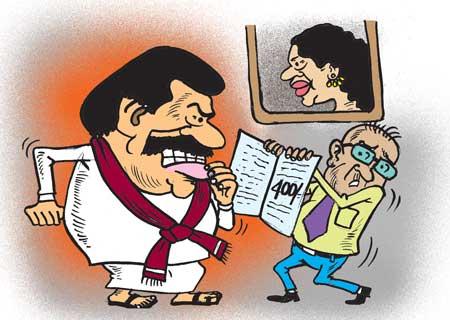 Those in the highest echelons in the government decided to offer a very responsible high position relating to the country’s cinema to a film star who had done yeoman service to the development of this industry.

However, the authorities concerned failed to make the appointment despite the specific instructions received from high above. The film star either did not take the trouble to inquire why the appointment was not forthcoming.

Later, the highest office in the country that conducted an investigation into the inordinate delay in making the appointment had discovered the cause!

According to the authority in charge of the subject in the Ministry, the film star had defaulted on a loan she borrowed from the film corporation!

Meanwhile, Number Two who made inquiries from the corporation authorities as to how much the star still owed the corporation on account of the loan granted to her, had learnt that the amount was mere Rs. 400!

The high authority in the Ministry had later received an earful Number Two, they say.