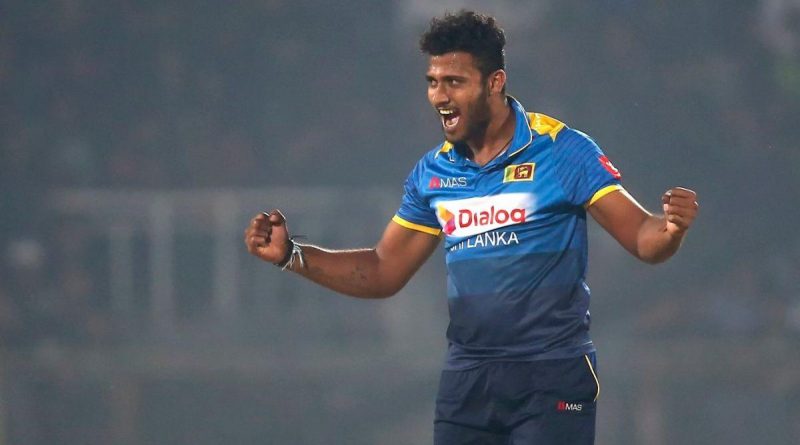 Two weeks before 25-year-old Shehan Madushanka’s arrest, police warned his parents that he was addicted to drugs. They bent the rules for him because of his prospects as a national cricketer. But his mother’s pleas fell on deaf ears.

The fast bowler was arrested after a tip-off. With heroin in his possession, he was hanging around the Kudalupoththa tank, allegedly to sell the stash. He was remanded for two weeks and faces a jail term for drug-peddling, a criminal offence. His cricket career is almost over.

Why do sportspersons like Madushanka get into drugs? The reasons can be varied, including social and environmental factors, said renowned sports psychologist Samantha Nanayakkara.

“People indulge in intoxication in different situations for different reasons,” said the Senior Lecturer in Sports Studies and Sociology of Sports at the University of Colombo. “For instance, to relax, find enjoyment, peer group motivation or to cope with stress and to forget problems. Often, what they forget is that such habits lead to the development of serious problems to not only their own personal health, but also to the community and the society at large.”

Madushanka was a bright prospect. He was earmarked for World Cup appearance in 2019. A back injury during his debut series in Bangladesh hampered his progress. He picked up a hat-trick in his first match – a feat only three other cricketers have achieved before him. He went missing from the system before reappearing during this year’s domestic cricket tournament. On his return, he received a contract that gave him decent income to focus on cricket. But his present circumstances could kill his career.

“We also need to consider the environmental factors that prompt athletes to using drugs.”

“When an athlete, regardless of gender, is exposed to a culture and society that approves of and motivates binge drinking and heavy intoxication, that leaves a significant impact on the athlete’s addiction to,” Dr Nanayakkara who has served as the chief psychologist for several national sports teams in preparing for South Asian Games, Asian Games, Commonwealth Games and Olympic Games said.

There is little to no evidence that suggests professional sportspeople experience specific mental health issues leading them to indulge in illegal activities at a higher rate than the general population. But sports’ unique demands may be exacerbating existing issues.

“A good athlete knows how to be balanced mentally and physically and cope with the pressures,” Dr Nanayakkara said. “They will not underestimate or overestimate their talents, knowledge, fitness, strengths and experiences and build up realistic expectations based on their performances.”

Building up expectations is a step-by-step process that they must work on a day-by-day basis. By continuously and strenuously focusing on a set of specific skills at a time, they eventually develop the capacity to adapt to the overall pressures of competitions.

However, athletes who do not manage these early pressures well will attempt to get there through shortcuts such as performance-enhancing substances. “But remember, there are no shortcuts in sports,” Dr Nanayakkara stressed.

Now, following Madushanka’s arrest, Sri Lanka Cricket must also look inwards. Does it have a major problem with drugs? Is enough done to educate cricketers about the dangers?

“We have been doing programmes to educate them on the use of drugs which includes narcotics like heroin,” insisted CEO Ashley de Silva. “We have done testing, as well. This is a very unfortunate incident. We will help him rehabilitate.”

The Sri Lanka Anti-Doping Agency (SLADA) also conducts programmes throughout the year to educate sportspersons on the dangers of drug abuse. They also conduct tests.

SLADA Director General Seevali Jayawickrema said there were no provisions in the Anti-Doping Code to take action against the cricketer even if tests are positive. “Narcotics are banned only in competition,” he pointed out. “We cannot charge anyone for out of competition violations.”

SLC spend millions on expensive coaches to improve player skills but has done little to cater to mental needs. Dr Nanayakkara believes it’s time for it to take serious note of this aspect and put money there.

“Is there anybody to hear about athletes’ mental problems during training and competition levels?” she questioned. “Not at all. This is the point that we need to raise on behalf of athletes.”

Mental training must be combined with the physical training of a sportsperson, she stressed. The complete training has to be shared with the coach and the sport psychologist. They need to meet at least three times per week and map out and conduct trials during training.

At times, SLC has brought down foreign performance psychologists on short-term basis to help players. But communication barriers hampered progress.

The Government’s attention is urgently required towards the establishment of an Institute of Sports Psychology at the Ministry of Sports, she said.

“We have resources but the resources are not being used appropriately,” she maintained. “Each year, so many psychology students graduate from our universities and some of them are even competent athletes. Why can’t we select them and give them opportunities to be trained as sport psychologists? We can employ them in every sports federation.”

“If the authorities neglect or toss aside this issue as a minor incident, it will result in similar and more treacherous cases in the future,” Dr Nanayakkara warned.

“Alarming behaviours of a sportsperson are like the tip of an iceberg. We need to find the glacier beneath. In other words, we urgently need to find out what motivates sportspersons to generate negative attitudes, thoughts and beliefs and create structural basements for maintaining clean sports.”

Meanwhile, SLC said they are on the serious lookout for a full-time sports psychologist.