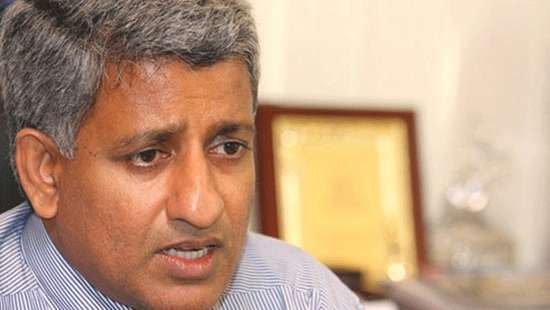 The current Sri Lanka Cricket (SLC) administration could stand to make better use of their properties, its former Secretary Nishantha Ranatunga said, especially regarding the management of international stadiums.

Speaking to the Daily Mirror, Ranatunga pointed out how other cricketing nations employ alternative means of revenue generation when it comes to running cricket grounds.

“In Australia and England, they have other revenue generating activities such as having memorabilia for sale, restaurants, pools and gyms, as well as outsourcing to generate revenue. In the Sri Lankan model we have not got to that level so far but there are opportunities in terms of bringing in revenue. The cricket board is not utilising these properties as well as they could,” Ranatunga said.

“For instance, grounds could have membership drives and loyalty programmes. A vast number of Melbourners in Australia are members of the Melbourne Cricket Ground, so they are more inclined to attend matches and use its facilities. Membership programmes in these grounds are also combined with other sports such as AFL which are conducted at the same venue,” he added.

Commenting on the International cricket stadiums in Pallekele and Sooriyawewa which were constructed prior to the 2011 Cricket World Cup, Ranatunga said, “For the World Cup in 2011 we built stadiums in Hambantota and Pallekele in addition to renovating the R. Premadasa Stadium which we took over from Sugathadasa management. For the Hambantota stadium, the Government paid the bulk of the costs involved as they were looking at developing Hambantota with the view of bidding for the Commonwealth Games in 2018. However, the total value of the stadium came to the board.”

“After the World Cup, we handed over the three grounds to the forces. The R. Premadasa Stadium to the Air Force, Hambantota to the Army and Pallekele to the Navy. So the costs for maintaining these grounds was minimal; not even a million (Rupees) in a month. However, after the new government took over in 2015, this was ceased and the maintenance costs rose to fifteen to twenty million (Rupees).”

Ranatunga who is the President of the Colombo Colts Cricket Club stated that generating sufficient revenue to maintain an international ground remains too big an obstacle for most clubs to consider having such private clubs run stadiums similarly to how the SSC and Tamil Union (P. Sara Stadium) operate.

“Clubs do not have enough revenue to run international grounds. Then you also have members who would like to use the facilities as well and when you manage a club it is difficult to say no to members. Also, other than SSC and Tamil Union, most of the clubs have small grounds,” Ranatunga expressed.

“At Colts, with limited space, we generate revenue from our members, the restaurant and bar, telecommunication towers and outsourcing. The biggest problem clubs face is the commitment of the management. There needs to be a long-term plan. At Colts we have a plan to build a pavilion for the 150-year anniversary which falls in three years time,” he added.

Ranatunga conveyed his view that it would be beneficial to once again have the armed forces involved in the maintenance of the international grounds that are presently run by SLC.

“My personal view is that the forces can be involved once more. You can allow them to run the ground but commercial activities could be done from the side of the board. You have resources in the forces and they did a good job with the grounds after the World Cup in 2011 but with the change of government this was ceased,” he said.