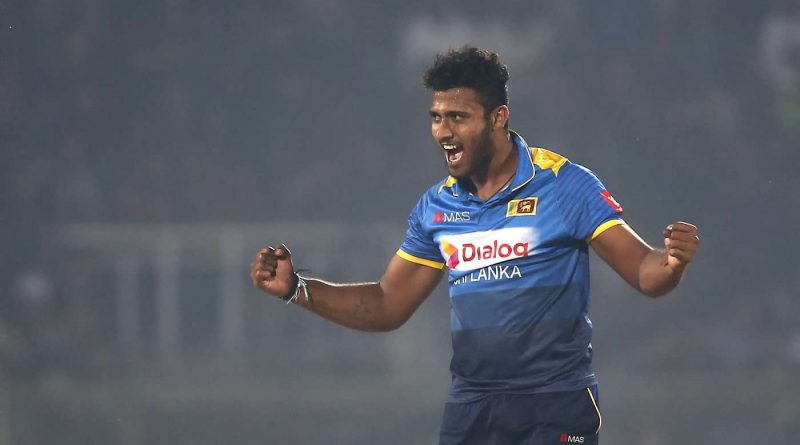 Sri Lanka Cricket today suspended cricketer Shehan Madushanka from all forms of cricket after he was remanded till June 2 by the Kuliyapitiya Magistrate  on the charges of possessing heroin.

Fast bowler Madushanka who made a dream debut against Bangladesh in 2018, claiming a hat-trick on his debut was taken in to custody along with two other suspects on Saturday at Pannala when they were travelling in a car from Bammanna to Pudulupoththa in Kuliyapatiya.

Police found 2.7 grams of heroin in the possession of Madushanka. He played two matches in more T20s thereafter but has not been able to secure a permanant place in the national side due to injuries.