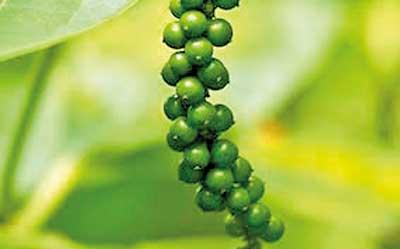 Sri Lanka’s pepper prices have sharply dropped from US$ 4,000 to US$ 3,000 per tonne with the beginning of the harvest season despite the ban on pepper imports into the country.

The Sri Lankan government in December prohibited direct re-export and import of spices, including pepper for re-export purposes, after minor processing, under the Commercial Hub Regulations in the Finance Act.

The move was in particular targeted at curbing the pepper re-export racket, which imported low quality pepper from countries such as Vietnam to re-export to Indian by mixing with locally grown pepper under Indo-Sri Lanka FTA and the South Asia Free Trade Area.

Under the South Asia Free Trade Area, imports up to 2,500 tonnes from Sri Lanka are duty free, while 8 percent duty is levied, if imports are above the prescribed limit.

Sri Lanka’s pepper exports to India have recorded a marked decline as both countries moved to impose import controls.

India remains Sri Lanka’s largest pepper export market. However, the pepper re-export racket has adversely impacted Sri Lanka’s pepper exports to India while also damaging the reputation of the country’s domestically grown pepper, which is regarded to be of high quality.