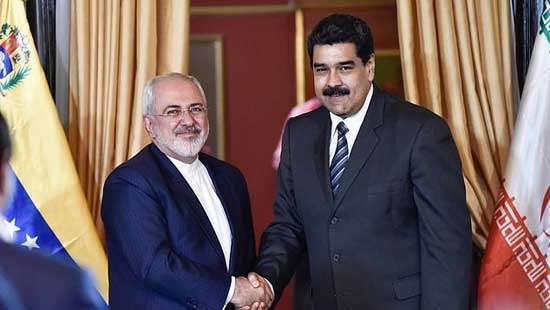 The first of five Iranian tankers filled with gasoline made it to Venezuelan waters late on Saturday.

The oil tanker Fortune was welcomed by Venezuelan officials who celebrated the growing relationship with Iran spurred by the Trump administration sanctions on both countries.

‘Iran and Venezuela have always supported each other in times of difficulty,’ Venezuelan Foreign Minister Jorge Arreaza tweeted. ‘Today, the first ship with gasoline arrives for our people.’

Russ Dallen, head of Caracas Capital Markets, confirmed the ship’s location using tracing technology. The Clavel, the last of the five ships, is roughly 3.5 days away, he explained to ABC News.

It is estimated that the Iranian tankers have enough gasoline to supply the South American company for two to three weeks.

On Saturday, Iranian President Hassan Rouhani warned the U.S. not to interfere with the shipment.

He said that the United States created ‘unacceptable conditions’ for other parts of the world but stressed that Iran would ‘by no means’ initiate conflict.

‘If our tankers in the Caribbean or anywhere in the world face any problems caused by the Americans, they will face problems as well,’ he added. ‘We hope the Americans will not
make a mistake.’

The Trump administration has recently deployed ships, to patrol the area in what they are calling a drug
interdiction mission.