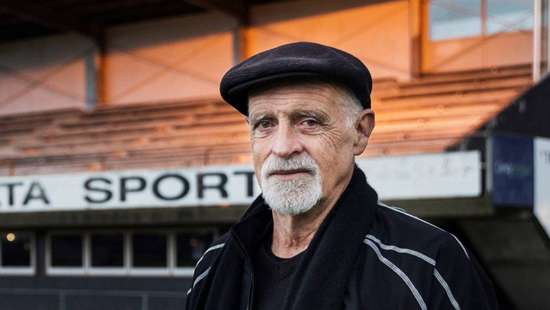 The death of rugby legend and coach George Dreaden Simpkin a few days ago left little Sri Lanka mourning the loss of this man who was so dear to us.

It was so easy to love the rugby his chargers played, but his close associates would vouch that it was hard to work with this New Zealander.

He was a perfectionist, a great inventor and often raised the bar for players and coaches who came under his tutelage.

Accomplished rugby coach Sanath Martis is an individual who worked closely with George and learned so much from the duo’s relationship.

As Martis puts it, George arrived in Sri Lanka at a time when the island’s rugby was ‘floating’. His initial commitments were with Kandy Sports Club and what he turned these players into shocked the Sri Lankan rugby fraternity.

And more than the Kandy players hogging the limelight the Sri Lankan rugby community started wondering who George was and started following this man. Martis was one of them.

It would be a great shortcoming for this writer if no mention is made of former national rugby captain Priyantha Ekanayake who facilitated George’s arrival in Sri Lanka.

Probably Sri Lankans never knew that George was a ‘big fish’ in terms of rugby because the islanders had little following of the game at international level and there was also no internet facility when this man made a mark in international rugby.

We saw a retired version of George when he came to Sri Lanka.

After two or three years of coaching Kandy SC, George undertook a coaching-development assignment with Sri Lanka Rugby (earlier known as SLRFU).  According to Martis the New Zealander spoke about new things in rugby. At a time when there were no rugby educators in Sri Lanka, coaches and players flocked around him.

He soon became a father figure in the Sri Lankan Rugby scene.

George threw a lot of emphasis on fitness and defence.  As much as he wanted the players to cut the massive starch content in their diets he spread the word that national players had to do 100 kg power cleans in the gym if they wanted to make the grade.

He was the strength behind players like Sean Wijesinghe, Dilip Selvam and Fazil Marija; the latter going onto etch his name in the annals of Sri Lanka rugby as the best back division player if not one of the best the island has ever produced.

Martis remembers George having the skill to see to the future in terms of player performance and contribution.

Sometimes when Martis rejected a player George would counter and say, “keep him. We’ll need Him when we play against Hong Kong “.

George had the knack to judge strengths and weaknesses pretty quickly and turn players from ordinary to national material.
One of his favourite catchphrases was “Come here. Sit down and let’s talk something new about rugby”.

One thing that stood in good stead for George was the enthusiastic culture for rugby in Sri Lanka. He was in China to promote the game there, but found the environment more conducive to his thinking in rugby crazy Sri Lanka.

He worked hard with the national side.

Former rugby referee Dilroy Fernando in a facebook post remembers how within two to three years Sri Lanka’s rugby ratings in the 15-a-side version of the game improved from 68th to 43rd in the world.

But one of the most memorable moments to talk about in the international rugby scene came for us at the 2008 Hong Kong Sevens when Sri Lanka scored twice against mighty Australia in a pool game before losing 56-12.

George was national coach at that time and Hisham Abdeen was Sri Lanka coach during that tour.

Martis who witnessed that game in Hong Kong said, “We almost beat them (Australia)”.

But those performances didn’t come through the efforts with the players only on the ground. There was so much he did with the boys off the field.

In 2009 during an international sevens competition at home he ordered the authorities to build an ice bath for the players to help them recover from ‘smashes’ after a hard day at the tournament.

He also imposed the habit of using hand sanitizer before meals because this coach saw how much would be lost if contamination during food intake put a player down for a few days.

When George came back to Sri Lanka on his retirement plan he again landed a job with SLR.

He organized tournaments here and was also involved in business interests connected to rugby. He was more than a rugby coach with a huge appetite for successes in rugby related opportunities.

When Scientist Arthur C. Clark Predicted that television sets would soon hang from the walls at homes and George predicted that ball-in-play-time would increase tremendously in sevens rugby through innovative methods, very few people believed these two men.  Like with Clerk, there was something going on in the mind of this rugby legend all the time.

A knee injury cut short his playing career, but being a keen student of the game a door opened for him to remain in the sport as a coach; having stints with Mooloos, Waikato, Fiji, Hong Kong and China.

He left behind his wife Phillippa Eva and children Leigh and Grear.  He suffered from cancer, but his close associates maintain that his spirit was never down and he never wanted to run away from the fact that death was approaching him soon.

George was 15 days short of his 77th birthday at the time of his death.

Sri Lanka’s coaches and players flocked around him in search of knowledge.

How would Sri Lanka remember George and his contributions to Sri Lanka rugby? Would it be the island’s coaches and players who came under his tutelage who’ll carry forward the legacy left behind by this rugby guru?

This is Martis’ response to this question: “It’s difficult to answer that question. George taught us new things. But rugby is always involving and new theories continually surface. Old teachings get outdated”. George often complained about negative reporting related to rugby in the newspapers.

He would often tell this writer that he loved Sri Lanka more than most journalists. That was George; incorrigible most of the time, but loved by all.